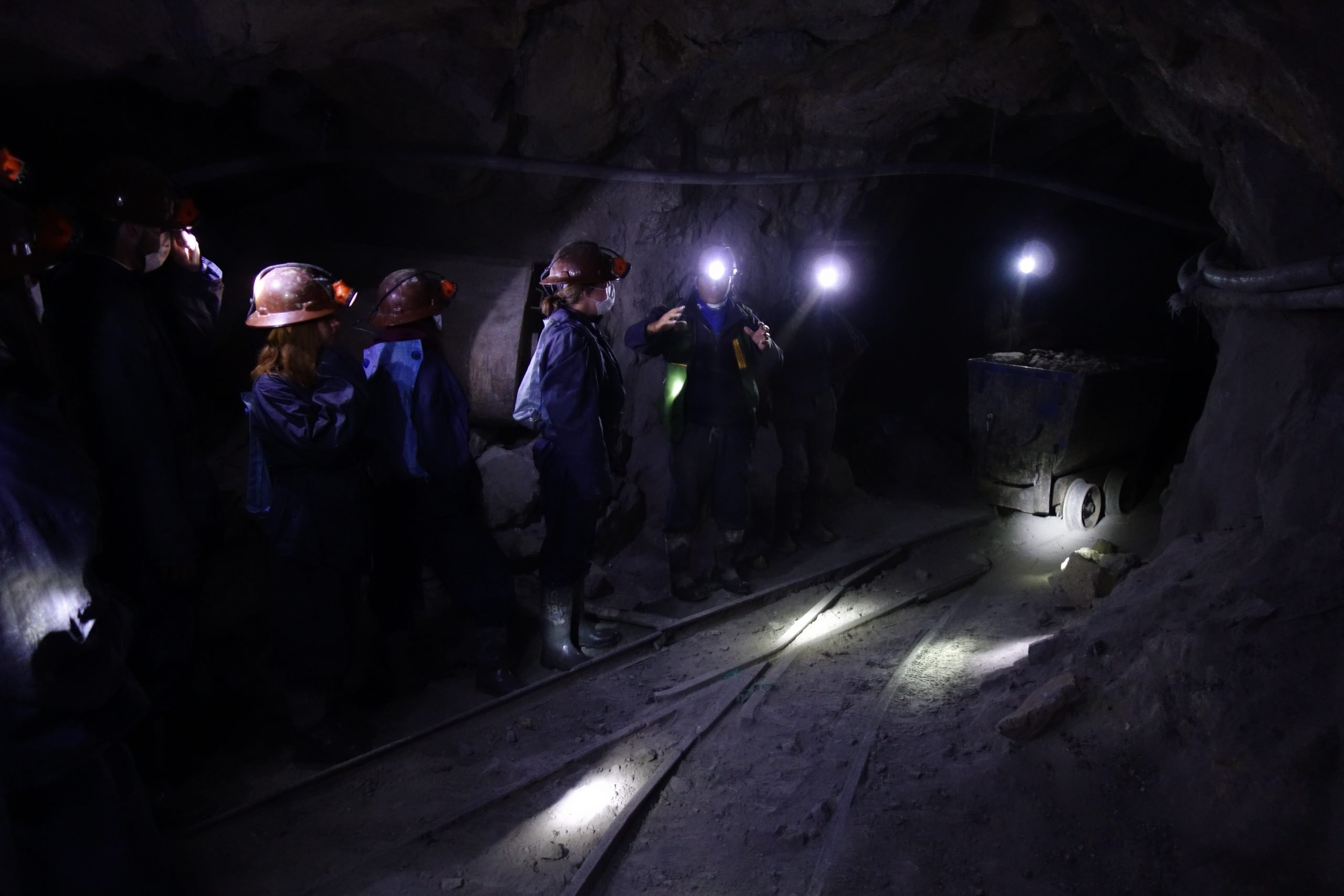 Posted at 15:04h in South America by Anna Cunningham

During our first few days of OG’s first ever Explorations at Altitude program, we found ourselves in the office of Derechos Humanos Sin Fronteras (DHSF, or Human Rights Without Borders) in Cusco, Peru on May 21. The theme of the program is environmental rights and mining justice across Peru and Bolivia, drawing participants that are both passionate and driven by these subjects, and who each have a unique perspective to bring to the group and the partners we visit. Our group hails from around Canada and the United States, and our partners today are from small communities outside of Cusco. We are all as passionate and open to hearing the truth of their stories as they are to sharing them.

We heard the testimonies of Jaime, the director of DHSF, and Elsa, a community member of Espinar, one of the many affected communities in the region. They explained the ongoing struggle to maintain agricultural practices and co-exist with various mining companies that have made themselves at home next door to these communities. Their cultural practices and overall lifestyle are at risk thanks to poor standards and invasive mining practices. In addition to poor mining practices, the communities are challenged by the serious negligence of the Peruvian government.

They explained how mining affects the economic fluidity, livelihood, and health of nearby communities. Often, these implications force communities to relocate, as co-existing with large-scale mines inherently alters the lifestyle and agricultural practices of the local people. Themes of violations to fundamental human rights and the exploitation of land rights reverberated throughout the talk. What was most shocking is how the government is implementing mining in areas that the communities actively disagree with. The government is also soliciting deals on land that has been owned and settled on by local people for generations. 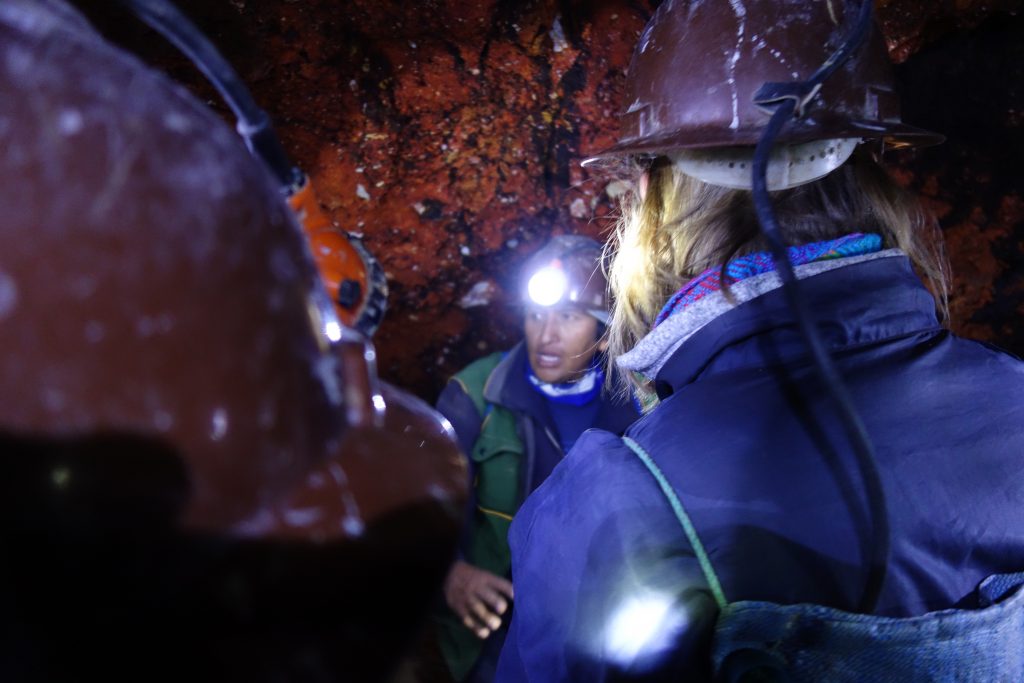 It is important to note that DHSF is not anti-mine or anti-government; their mission is to advocate for human rights and land claim titles for Indigenous Peruvians whose rights have been violated and who do not have the means to effectively defend themselves. Their primary objective is that basic human and environmental rights be protected.

The mine in Espinar has been active for 30 years, and it has been “very difficult to get them to be removed,” says Jaime. People have been documented as having heavy metals present in their bodies as a result of long term exposure. DHSF is conducting tests on community members and the surrounding soil, water, and air to determine levels of pollution and intoxication.

The government has been notorious for defending and protecting the mine and its influx owners over the past 30 years. Across the board, due diligence is not implemented or honored by the mining companies or government officials. Consultation is loosely done between government and extraction owners, often behind closed doors and without proper transparency. Cases of community members being tricked into signing permission for companies to begin extracting on their land are common, as are bribes to community leaders for signatures to gain permission. 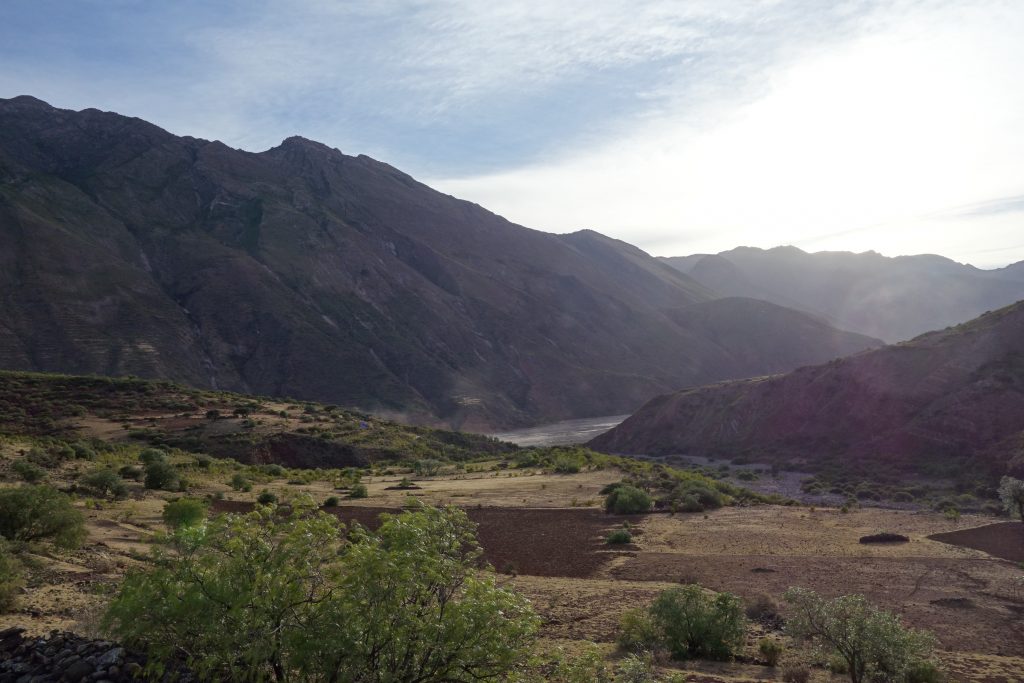 In 2003, there was a signed agreement to protect land rights and human rights in relation to the Espinar community. Since then, none of the signed agreements from the document have been honored. In May 2012 the populous revolted after 9 years of negligence and abuse. The level of concern is raising even higher as there is a vital water source parallel to the mine. The water has since been contaminated and there have been thousands of cases of health defects, especially in women and small children. Land, lifestyle, and livestock are at risk and are becoming changed so the Indigenous people cannot continue their traditional livelihood, raising the question of the passing down of traditional knowledge.

How can you do so when your soil is not fertile, when your livestock is dying, and when the overall degradation to your territory is decline? In North America, Indigenous communities face the same issues of passing down traditional knowledge in the face of a changing socio-political climate, the rise of resource exploitation, and a history of zero regulation for anthropocentric practices. The same questions and concerns are seen and the answer is not easy or simple.

The good news is that there are various NGOs in Peru and back home in Canada that are in pursuit of preserving Indigenous knowledge and land rights. There are also educational organizations like Operation Groundswell that are lending a hand to young people like myself to see firsthand the conditions and stories of things we only read about back at home. 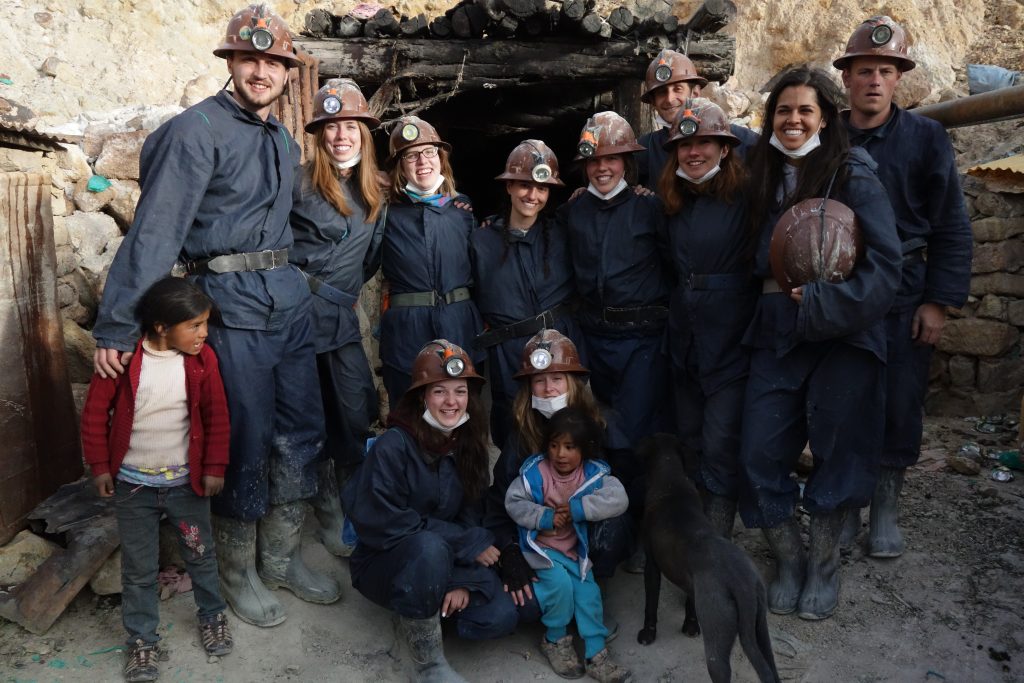