28 May Sowing Seeds with Yoga (and Lots of Elbow Grease)

Posted at 09:23h in South America by Operation Groundswell

After our time in Lima, it felt as though we’ve known each other for years considering everything we’ve already done together.  A group of twelve seemed like the perfect number.  If we weren’t well acquainted before the twenty-two hour bus ride to Cusco, we definitely were afterwards.  From the motion sickness (for some), to the restless “night of sleep” that had us aching, to the countless movies that begun but never ended,  we became OG Peru Mind and Body Summer 2012.

Just to clarify, there are eleven girls and one boy on the trip, although Monique would be sure to remind us that gender doesn’t matter.  Once we got to Cusco–exhausted, hungry, and probably sweaty–we managed to lug our backpacks to View Point, the hostel we would be residing in for the next few days.  Not only did it have the most magnificent view of Cusco, it had rooms with beds in them!  Up the most ridiculous staircase, there were two rooms where my fellow OGers stayed.  In one room lived the three little bears — “this bed is too hard, this bed is too soft, this bed is just right”– also known as Stephanie (the fit one), Laura C. (the one who is obsessed with Africa), and Sofea (the Frenchie!).  Next door was where Anik (the chill one), Rachel (the champ), Mikel (who always has a video camera in hand), and Laura D. (the one who is a friend and second mom) bunked up.  I stayed in an apartment style room complete with a living room, kitchenette, and bathroom (yay!) with Carol (who laughs uncontrollably), Becca (the writer), Courtney (our only American) and Monique (the giant one).

Our first full day in Cusco was super— literally!  Two superheroes, whose resemblance to Mikel and Laura was uncanny, sent us on a scavenger hunt through the city.  We were separated into three groups and we each had our own team name and costume.  To end the day, we shared our photos, hilarious stories, and each group came up with a team rap, song, or dance. They were all wonderful. Here is a sample from “The Canadian Tuxedos” group (who were all decked out in plaid, of course):

“Hey OG here’s a story for you…the Canadian Tuxedoes taking over Peru. All of the hecklers we be tryin’ to dodge. Like “hola senorita would you like a massage? Running all over Cusco, driving local boys loco, takin’ pictures of gringas, tell me who were the Incas? A festival makes for a crowded centre. But all in all it was a day to remember.”

It wasn’t long before we left for Pisac.  We saw the market and ate lunch in town but it was mainly just a pit stop on our way up to the town of Maska. This is where an incredible farm, Kausay Punku, is situated. Run by a local family, it is an agricultural project both to preserve ancient medicinal and agricultural practices of the region. They are changing to a totally organic system and are using their farm to share their knowledge of organic living and practice with their neighbours, other Peruvians, and volunteers who come to stay.  Here our fundraised money went towards materials to build a natural laboratory and teaching facility where they will use plants to make medicines, soaps, creams as well as store endangered species of seeds and more.  We set up our two-person tents (our beds for the night), hacked some corn and we learned all about the medicinal uses of plants, organic farming, the REAL story of the Incas, astrology and so much more.  Want to learn how to cook cuy (guinea pig)?  We could teach you!

The next morning we woke up at a ridiculous hour to walk part of the Inca trail that spans across the country.  Our walk took us high above the current city of Pisac, to the ancient Inca ruins of Pisaca! We went into the Incan look-out towers, we learned about the Incan traditions, and we climbed up and down rocks free hand.  The day was rainy but not so gloomy especially once we saw a rainbow that looked close enough to touch.

To top off the day, we arrived at Sembrandos Semillas Con Yoga, our first volunteer destination.  We wake up every morning to meditation and yoga which is always wonderful way to start the day.  We learned about sustainable living and getting back to our roots and we even learned the most sustainable way to poop (trust us, you don’t want to know).  Speaking of poop, you should know that we have had multiple open discussions on that subject (We are a VERY tight group!)

Getting back to the more important issue, we have been working shovels like pros as we are helping to build a wonderful greenhouse for the farm.  This greenhouse will provide a place to learn about growing plants from seeds and eventually vegetables to the dozens of young children who attend daily classes, increasing their knowledge about sustainability and healthy living. At the same time, after blessing and providing a vegetarian lunch for children and all the volunteers at the farm, we spend the afternoons with the children doing drama workshops, talking about our passions in life and pursuing them, playing lots of games, and enjoying their company about as much if not more than they enjoy ours!

The labour is as intense as the sun but we know the outcome will be worth it.  At the end of a hard week we fully excavated the area for the greenhouse and have the frame up, leaving only the plastic walls and the plants that will fill it!

Today we head out to Chahuay, a town even higher up in the Andes mountains, in the stunning Four Lakes region of Cusco. At over 4,000m we will be working with KALLPA, a local NGO, and the community to restore an old playground and also holding workshops in the schools surrounding the right to play! Here we are lucky to be off the grid for two weeks, with extremely limited (if even existant) internet access! Again, OG headquarters will always be in contact with the trip leaders, and they can be reached in Toronto, CAN at 1-888-442-0164.

Only more adventures to come! Although it wasn’t too long ago that we became OG Mind and Body Summer 2012, I am proud to say that I already consider all of these people my friends. 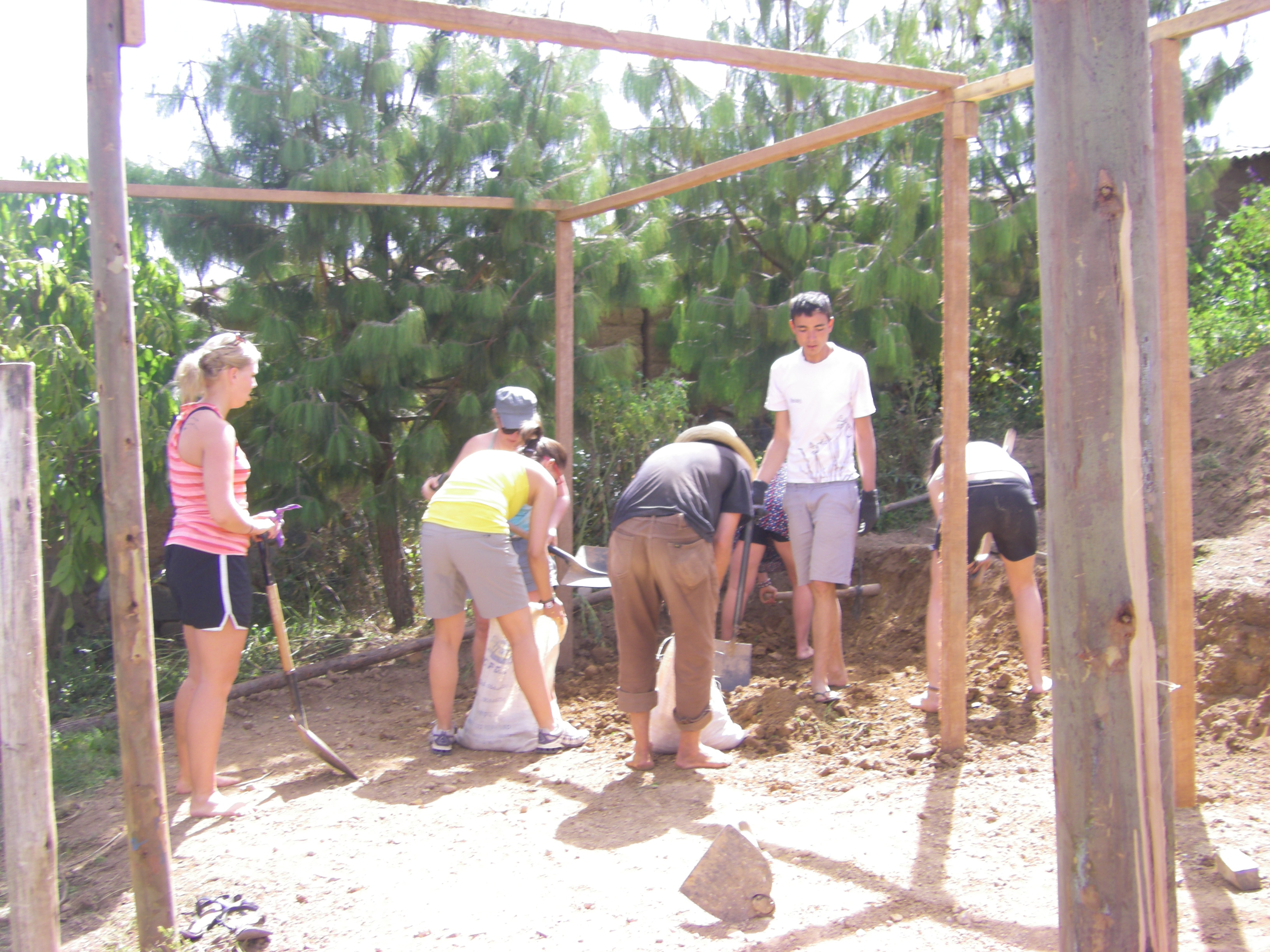 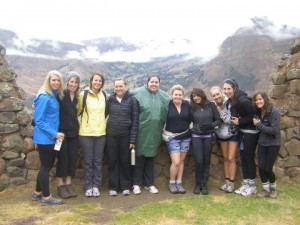 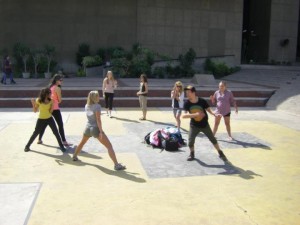 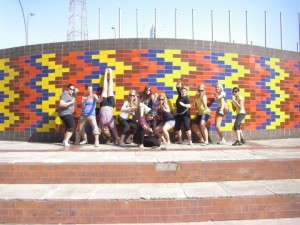 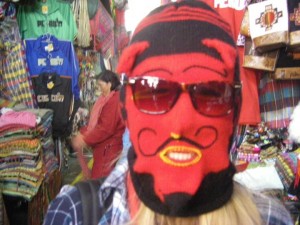