21 Mar Sprint or Marathon? A Look at our Alternative Spring Break Program

Posted at 15:01h in Central America by Operation Groundswell

It’s hard to imagine that three short weeks ago I was standing outside the arrivals gate at La Aurora International Airport in Guatemala awaiting the arrival of nine incredible young adventurers. They and the equally inspiring nine that would follow represented OG’s first ever Alternative Reading Week (ARW) and Spring Break (ASB) programs. When we at OG envisioned these intensive week long programs, I don’t think any of us imagined they could or would provide the same cultural immersion, critical reflection or defining experience as those of our six-week summer programs. But after having said goodbye to a second group of wide, albeit weary and teary eyed campañeros, I’m inclined to wonder…

I remember that in interviews with the then would-be participants, I called the spring programs a sprint. But after running alongside them as they learned the complexity of Guatemala’s culture and explored the benefits of fair-er trade, I think that perhaps the sheer pace and intensity allowed us to cover near the same figurative ground as the summer marathoners.

So, to those who bravely undertook this formative journey, SALUDOS Y GRACIAS! 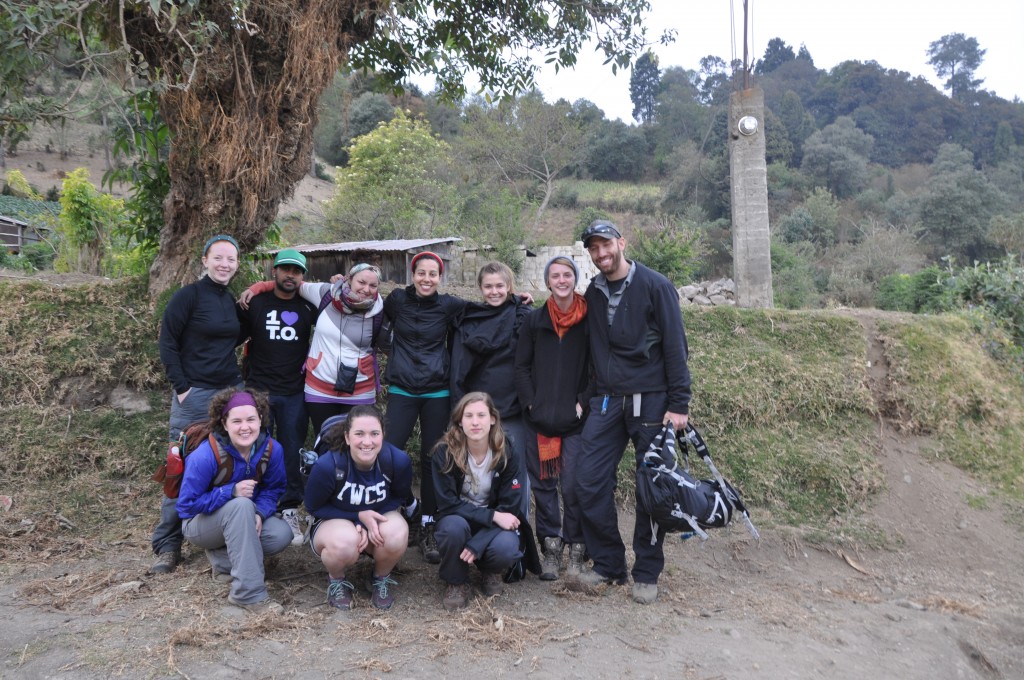 Beyond opening my eyes to what can be accomplished in a single week, here are some of OG’s Alternative Reading and Alternative Spring Break’s physical achievements:

Carmen’s pig pen, tilapia pond and biodigester are now fully operational. Aside from providing a substantial source of pig and fish protein for the family, the innovative project–constructed in large part by the ARW crew–will produce fuel for stoves/lanterns and fertilizer for bananas, corn, and beans in a nearly completely sustainable closed loop.

San Miguel Escobar’s green school now has nearly a quarter of its exterior walls built, thanks to the hard work of both ASB and ARW crews and the supervision of Don Pedro, Matt, and Timoteo. The facility will be the city’s first secondary school.

A combined total of 110 lbs of coffee fruit was picked and processed by both programs. But perhaps the most productive aspect of this experience were the lessons drawn. For their hours of labour, those 110 lbs of fruit would yield Alberto, our host coffee farmer, about 15 lbs of saleable coffee. Think about it. 4 years of planting and tending, 40+ hours of picking and depulping, 15 days of drying, and incalculable hours of deshelling/selectioning = 15 measly bags of coffee. At international prices, that would be about $26; at fair trade prices, that would only be $4 more. Fortunately for Alberto’s family, he grows gourmet coffee, roasts it with As Green As It Gets (his coffee cooperative) and sells a great deal of it via direct trade at between $7-8 per lb. Makes you think, right? We sure did. 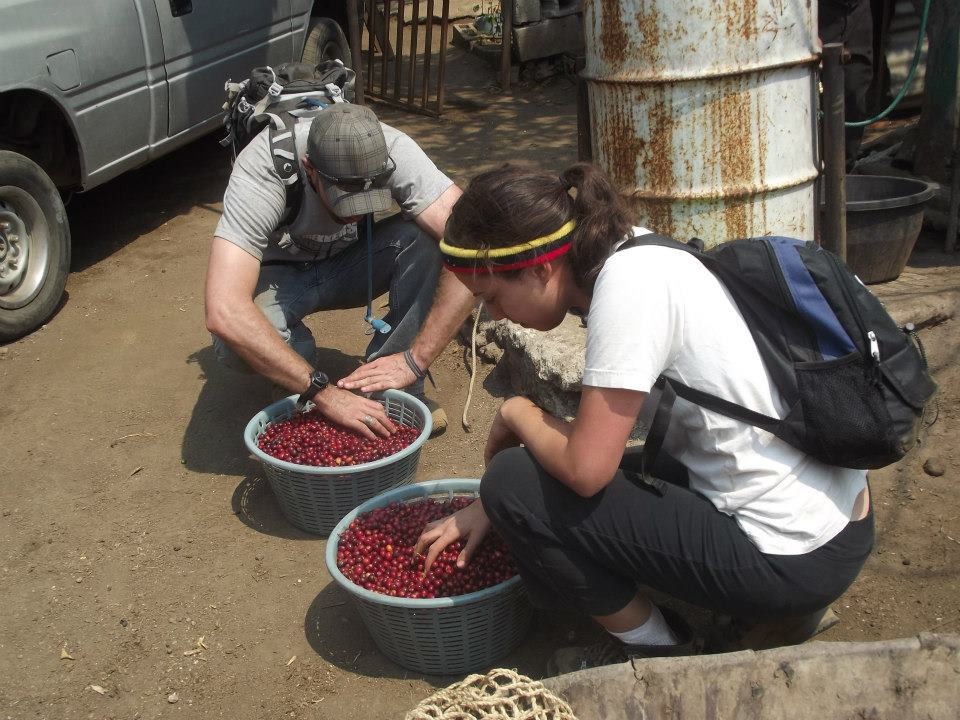 We also discovered that in Guatemala, Roya, a rust coloured fungus, was expected to devastate approximately 50-70% of the coffee crop for 2013, resulting in an official state of emergency. In the small exguerrilla-run coffee community of Santa Anita, the prognosis was particularly dire. So, OG and the local association collaborated on the purchase of 8 backpack sprayers as well as 25kg of copper sulphate and calcium. These ingredients have proven to be an effective anti-fungal and will allow Santa Anita to maintain its organic certification in the US. Eager to help with the first required application of the spray, ASB and ARW participants grabbed the glorified squirt guns and joined Don Orelio, Santiago and others in the fields. All in all the crews combined to treat an incredible 40 cuerdas or approximately 14km2 with the mineral agent. Dale!

Weary and with little rest, ASB and ARW still committed themselves to two of Guatemala’s more challenging treks. The first undertook a sometimes gruelling 25 km journey, ascending through alpine rainforest onto the Siete Cruces ridge (3500m) and then down through cloud and bamboo forest to the Fuentes Georginas, a volcanic hotspring where they rewarded themselves with a relaxing soak. 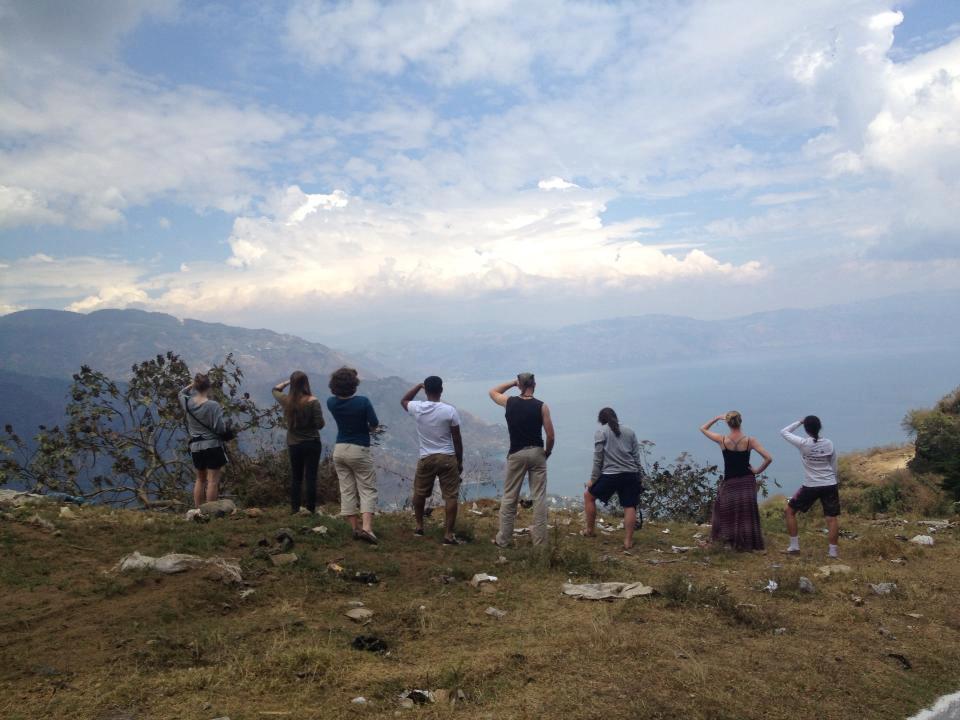 The second group unanimously decided to scale Volcan Santa Maria, one of the highest and most impressive/infamous volcanoes in Central America. This 10 km near vertical climb brought participants to the very top of Guatemala’s highlands (3772m) where they could stare at Guatemala’s impressive volcanic ridge and down to the same valley the volcano had once devastated below.

Needless to say when the groups finally arrived at Lago Atitlan, the site of OG’s new hub, for debrief and disorientation, there were countless stories to share.

All of this in just one week…now tell us, what did you do last week?