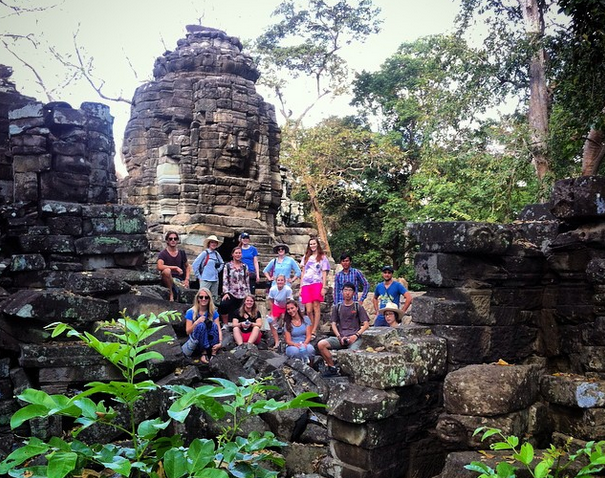 02 Feb Tales from the Road: Chapter 2

Posted at 22:02h in Southeast Asia by Justine Yu

This blog post is a combination of three first-hand accounts written by our Southeast Asia: Cities & Sanctuaries team members which, together, paint a picture of our time in the commune of Banteay Chhmar, Cambodia.

Our first full day in Banteay Chhmar, Cambodia was spent visiting the central temple, learning about their community-based tourism (CBT) program, and taking a bike ride to remember. We woke up that morning to rhythmic drum music from a temple celebration, rooster’s cockadoodledooing, and “cow machines” en route to villagers’ cassava farms. We were safely encased in floral patterned mosquito nets of our homestays while the town started their day. 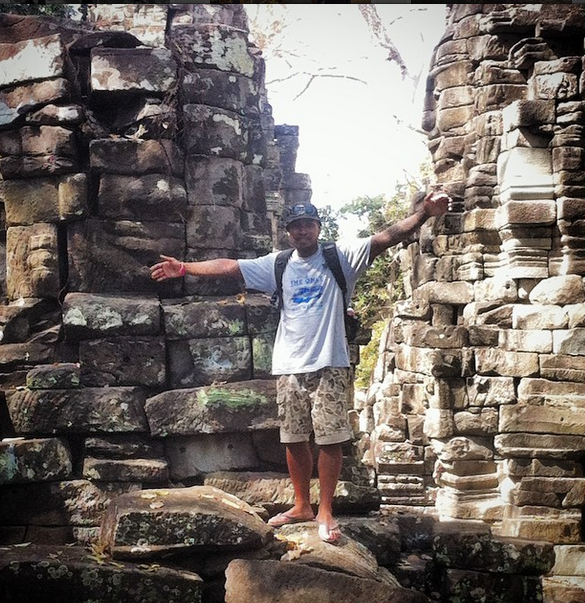 After a delicious breakfast in the village, we ventured to the main temple of Banteay Chhmar and were accompanied by our tour guide, Soukoun. At the entrance was a piece called the gallery: it was the story of the 13th Cambodian king’s rise to power. He was a usurper because he was not of royal blood but originally an army commander. The gallery was a way of justifying his rise to power and was intricately detailed. The temple space felt like a rock climbing adventure in a jungle. Vines and plants were intertwined amongst the ruins. One of the most intact parts was a statue of a four faced Buddha with a lotus flower coming out of the top. Another 32-armed goddess was on the outer perimeter. 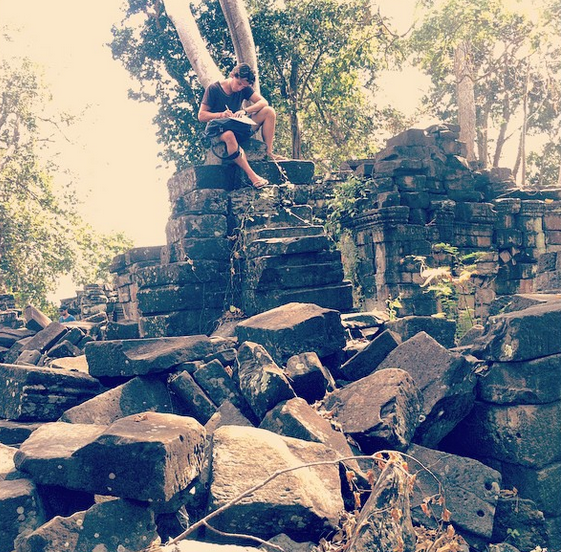 After Soukoun took us through and around the temple, we were given an hour to reflect and write letters to ourselves and our expectations of ourselves throughout the trip. What better place to reflect than in the gaze of the ultimate meditative being: Buddha? Following this exercise and a lunch including handmade pork sausage and noodle soup, we listened to Sopheng, the CBT president, explain the CBT and some enchanting jungle stories.

The CBT originated to bolster the economy of Banteay Chhmar, spread English among the village, and bolster finances used for village improvement. We admired his entrepreneurial spirit and the success of the CBT thus far: they have increased their tourism successfully and are making an effort to keep the village authentically rural while exposing tourists to their commune.

Next, we ventured to find some of the other satellite temples on bikes. This was by far the most laughable bonding experience for us. The beginning started off smooth and brought us to one of the temples which was a small pillar of Buddha. The rest of the ride presented obstacles such as heat, dried, crusty mud, rocks, and overall unclear paths which we negotiated sweating and puffing. Even despite an accidental spill and inability to get to the other temples, we kept laughing and enjoying ourselves. We ended the night having dinner and hanging out together at one homestay playing the guitar (or ukulele) and singing along.