20 Jul The Different Dimensions of Global Health in Ghana

Posted at 17:35h in West Africa by Operation Groundswell

Six weeks have come and gone and our early summer Global Health trip to West Africa is over! Our trip took us through some of Ghana’s busiest city streets, its vast and beautiful mountains and forests, the red-earth and clay roads of the north, and along its breathtaking coast. Along the way we made great friends and got to learn about  the lifestyle, culture, food, drink, dance, and everything in between.

Our work and volunteer placements ranged from the surgical theater at the National Cardiothoracic Center in Accra to the makeshift football pitch at Horizon Children’s Centre (HCC) in the Upper East Region. During our independent travel time, we each managed to travel from the northern-most region to the western gold coast. Some of us saw the expansive Mole National Park on the way, while others chose to extend their volunteer placements in Kumasi and Accra. We all met in Princess Town – a dreamy fishing village in the western part of the coast – to have a few days of rest, relaxation, and a disorientation from the mind-boggling six week adventure that had just transpired. 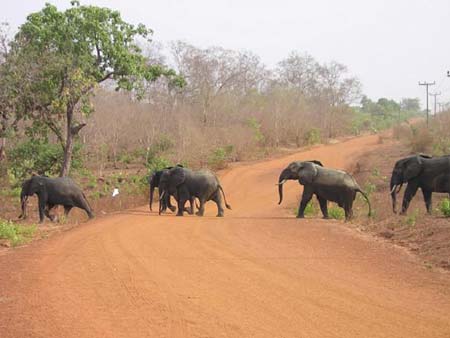 In Accra, everyone had the opportunity to live with homestay families. A lot can be learned from living as a family member for a week and a half! The participants learned about Ghanaian cooking, dancing, and a few of the younger family members exposed them to Ghanaian nightlife. With misty eyes, many of the participants left their homestays knowing they would keep in touch – this is a testament to how quickly the girls were able to accustom themselves to the daily life of their family.

During the work day, the participants donned their white lab coats and shadowed doctors, nurses, and surgeons in the Korle-Bu teaching hospital. There were opportunities to observe, interview, and learn from professionals in several units of the large campus, including the Cardiothoracic Unit, the Obstetrics and Gynaecology Department, the Plastics Unit, and several wards and surgical theaters. Several afternoons were devoted to putting our observations into context by having presentations given from several national health initiatives, including the National AIDS Control Programme and the National Tuberculosis Control Board. These info sessions were given in an informal question and answer format, allowing everyone to pose specific questions regarding their interest in the healthcare system of Ghana.

Of course, we managed to balance our work and play in the capital city, as there are many things to do around town. Wednesday nights were devoted to reggae, a balmy live music party on Labadi Beach, full of singing, dancing, and lounging.

From Accra, we made our way to Kumasi, where we were fortunate to pursue a partnership with the Kaleo Area Women’s Development Association (KAWDA). After a friendly info session from husband and wife Albert and Eveleyn, the group spent four days traveling to nearby villages to interview and mingle with women who are members of the KAWDA network. Evelyn, who joined us on these treks, made it overwhelmingly clear that our roles as KAWDA volunteers were widely appreciated. A big pat on the back to the  team for developing this relationship further with KAWDA!

And to celebrate their time and energy spent in Kumasi, the early summer team caught a World Cup Qualifying match at the city’s stadium, where Ghana pummeled Lesotho 7-0! Go Black Stars!

On the long road from Kumasi to Sandema, we were able to watch the scenery change from a hectic metropolitan hub to the flatter and somewhat less-traveled north. Soon we made it to Bolgatanga, the capital of the Upper East Region, only to join another car on the way to Sandema. Having returned to this community since OG’s pilot trip in 2007, Sandema is always very welcoming to the OG teams – so welcoming, in fact, that the boys from HCC gave us a song and dance routine to say a “proper hello.” In response, the energetic early summer team made an impromptu dance routine with a drum and a few brave girls who got the crowd moving!

The following week was spent in several positions, ranging from the Sandema District Hospital (not surprisingly, a different place than Korle-Bu!) to HCC to the Sandema Disabilities Group. With each participant in a position that suited them best, the Sandema portion of the trip unfolded as planned: long strolls to town from our warm guest house, mornings and afternoons full of learning and working with doctors, nurses, the boys from HCC, and Gilbert at the Disabilities Center. There was plenty of opportunities to cool off under a huge baobab tree when the afternoon sun became too hot, just as there was plenty of time to sit on the roof of our guest house and watch the lightning storms in the distance.

As soon as Independent Travel Time started, several participants decided to remain in Sandema – not surprisingly so, as the community is hard to leave! A group of girls left for the Mole National Park, while a few others made the trek to Accra for some more time with the host families and at Korle-Bu. 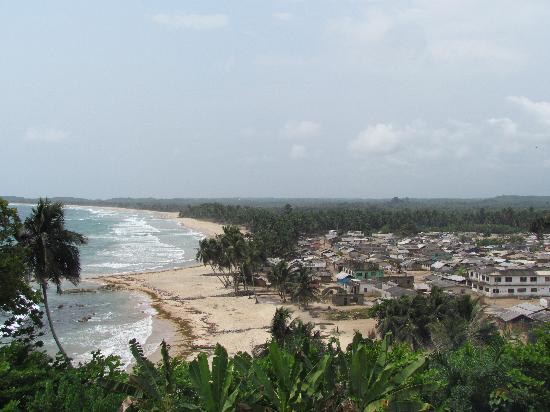 Within a week and a half, the group all successfully made their way to Princess Town, where we stayed at a refurbished fort overlooking the coast. The beauty of the surrounding village and beaches is hard to describe. Perhaps the pictures can do the job! It was here in Princess Town that the team finally decided on the allocation of their funds that each person worked hard to collect. Individual members presented their experiences to the group and advocated for certain organizations/individuals that they felt compelled to support. It was great to see the group come together and decide on what their hard-earned funds would go to – as a team, they raised more than 12,000 CAD! Congrats girls!

The entire trip seemed to come and go very quickly, especially as the group gave their final goodbyes outside the taxi cabs on the way to the airport. It’s funny to think that in just this short time, new friendships were made and certain changes were made to peoples’ lives. Everyone had a great adventure that will last in their memories for a very long time. As trip leaders, we were fortunate to have such an energetic and enthusiastic group! Future OG participants stand on the shoulders of their former counterparts, and this group certainly opened up new and great opportunities for the coming trips!