Posted at 12:27h in Central America by Operation Groundswell

Our second weekend into the trip, after having conquered Santa Maria and Spanish lessons in Xela, Operation Groundswell Guatemala headed further north into the highlands of San Marcos. There, in the municipality of San Miguel Ixtahuacan, the group got the chance to observe the first ever International Peoples’ Health Tribunal*. The purpose of the conference was to raise awareness about the health and environmental repercussions brought upon communities in Guatemala, Honduras and Mexico at the hands of the Canadian mining company, Goldcorp, who runs substantial mining operations in all three countries. 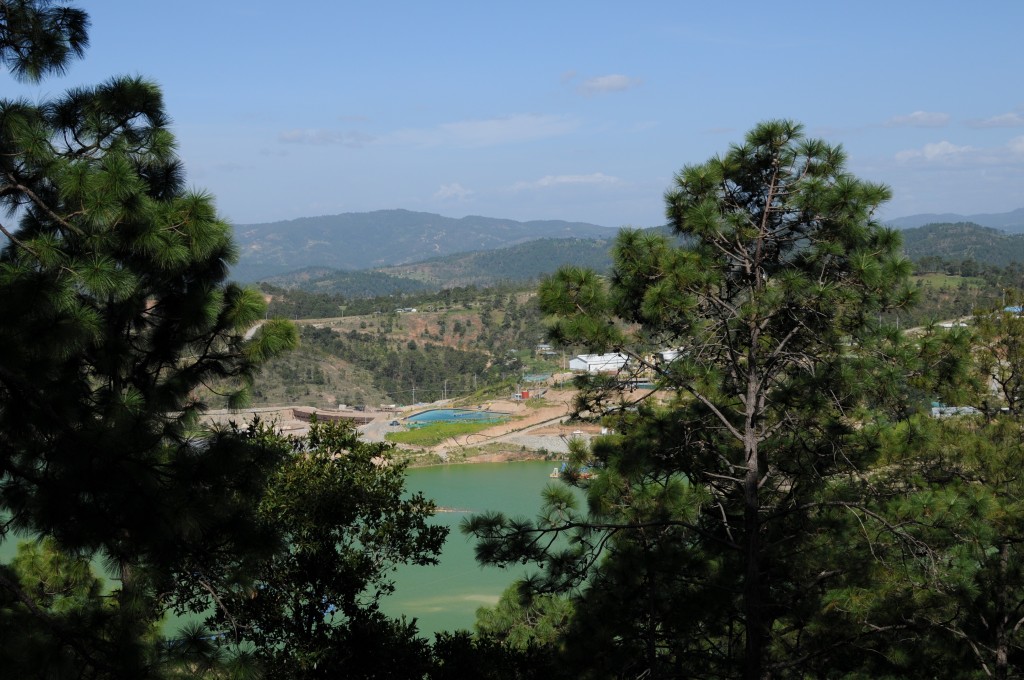 Goldcorp uses cyanide in these tailings ponds to separate gold ore from rock.

The tribunal was organized in a mock-trial type fashion and included a panel of 13 judges ranging from environmental experts to university scholars to health professionals. The judges sat before affected community members and listened to witness testimonies as they shared their firsthand accounts of health defects and community hardships they’ve experienced since the arrival of their respective mines. Many of the accounts were disheartening and difficult to listen to; stories of defective and abortive pregnancies, skin malformation and poisoned water sources, and even stories of rape and paralysis. Speakers from each community had the judges and audience in awe, and even brought many to tears. 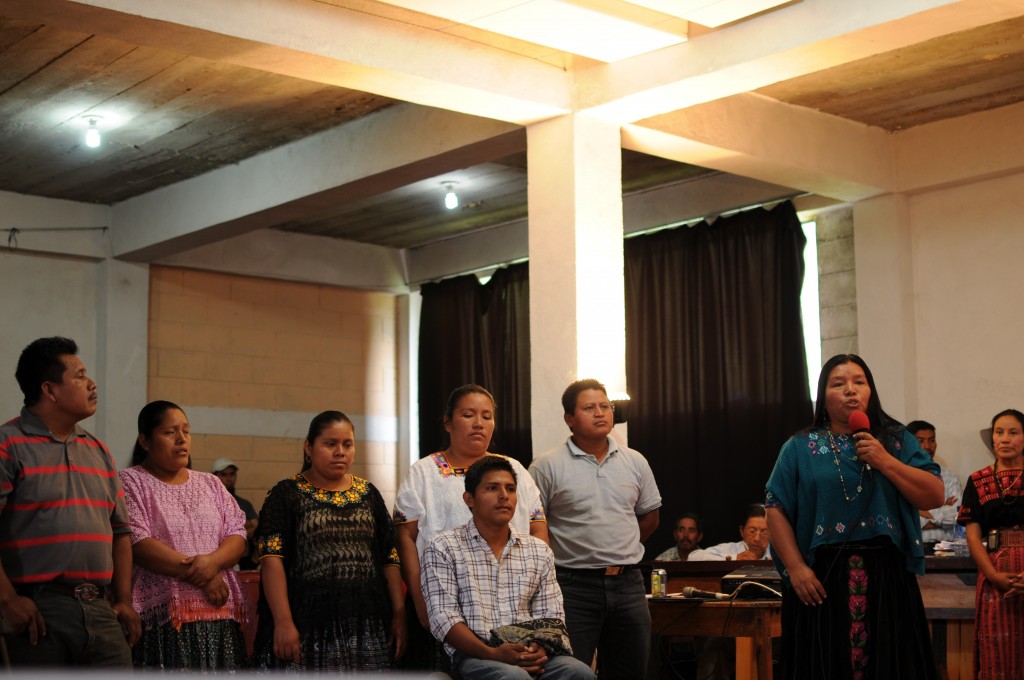 Stories were told in Spanish as well as native Mayan languages but were transmitted real time over a local radio station in English translation. To get most out of the personal accounts OG Guatemala splurged on an antique radio. All 14 of us sat huddled in the shade of the church with the radio positioned in the center. It was like listening to updates during WWII; everyone was dead silent so as to catch every word. Some wrote notes feverishly in their journals while others sat restless on the benches, twiddling their thumbs and awaiting the coming words. 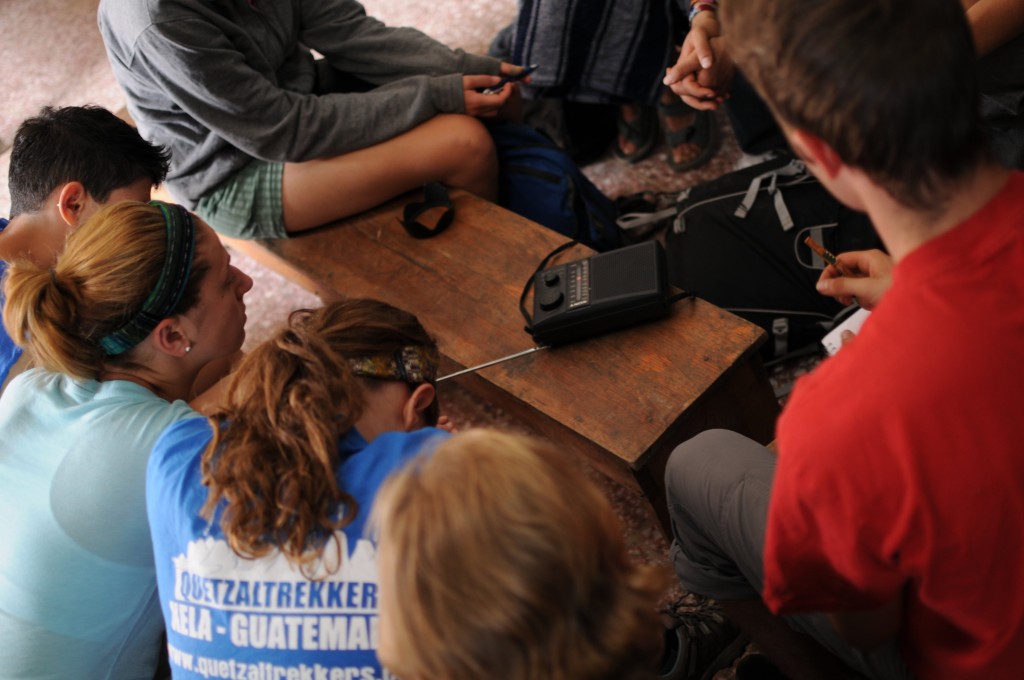 Team OGG huddles around the radio to listen to the English translations of testimonies.

As the judges prepared to announce the verdict we all tensed up. We had been hearing nothing but tragedy, destruction, and sadness for a solid day and a half- there was no way the verdict could be anything but guilty. Sure enough, the judges announced that :

“[…] For the reasons above described, we find Goldcorp guilty for its activities in Honduras, Guatemala and Mexico, which we find to be seriously damaging to the health and the quality of life, the quality of environment, and the right to self determination of the affected Indigenous and campesino communities.

We also find the States where the accusations come from guilty of being complicit and irresponsible for not protecting the rights of those affected by mining.

We also find the Government of Canada guilty for supporting and promoting in various ways the irresponsible mining investments in Mesoamerica.” 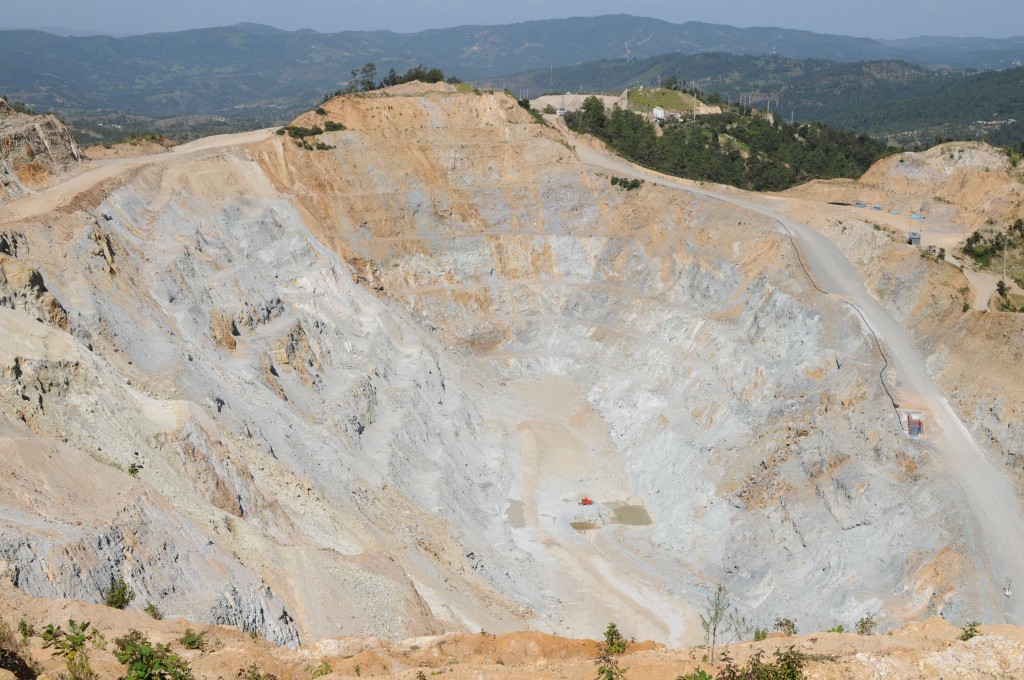 This was huge. For the first time, Goldcorp had been put on ‘trial,’ albeit unofficial, and had been found guilty for all the right reasons, in our opinion.

Surrounded by hundreds of kind faces knowing that the smile is merely a mask for the suffering and harsh realities these people face everyday can put you in such a state of unbearable sadness. But ultimately, you recognize that suffering brings you closer to la lucha and solidarity with the people. They are mothers and fathers. They are sons and daughters. They are brothers and sisters, aunts and uncles, cousins and grandparents. They are children and friends. They are hungry, poor and homeless.

La lucha sigue. The fight continues. They are heroes.

*For a full debrief of the trial, including photos, personal testimony transcripts, and the verdict, click here.