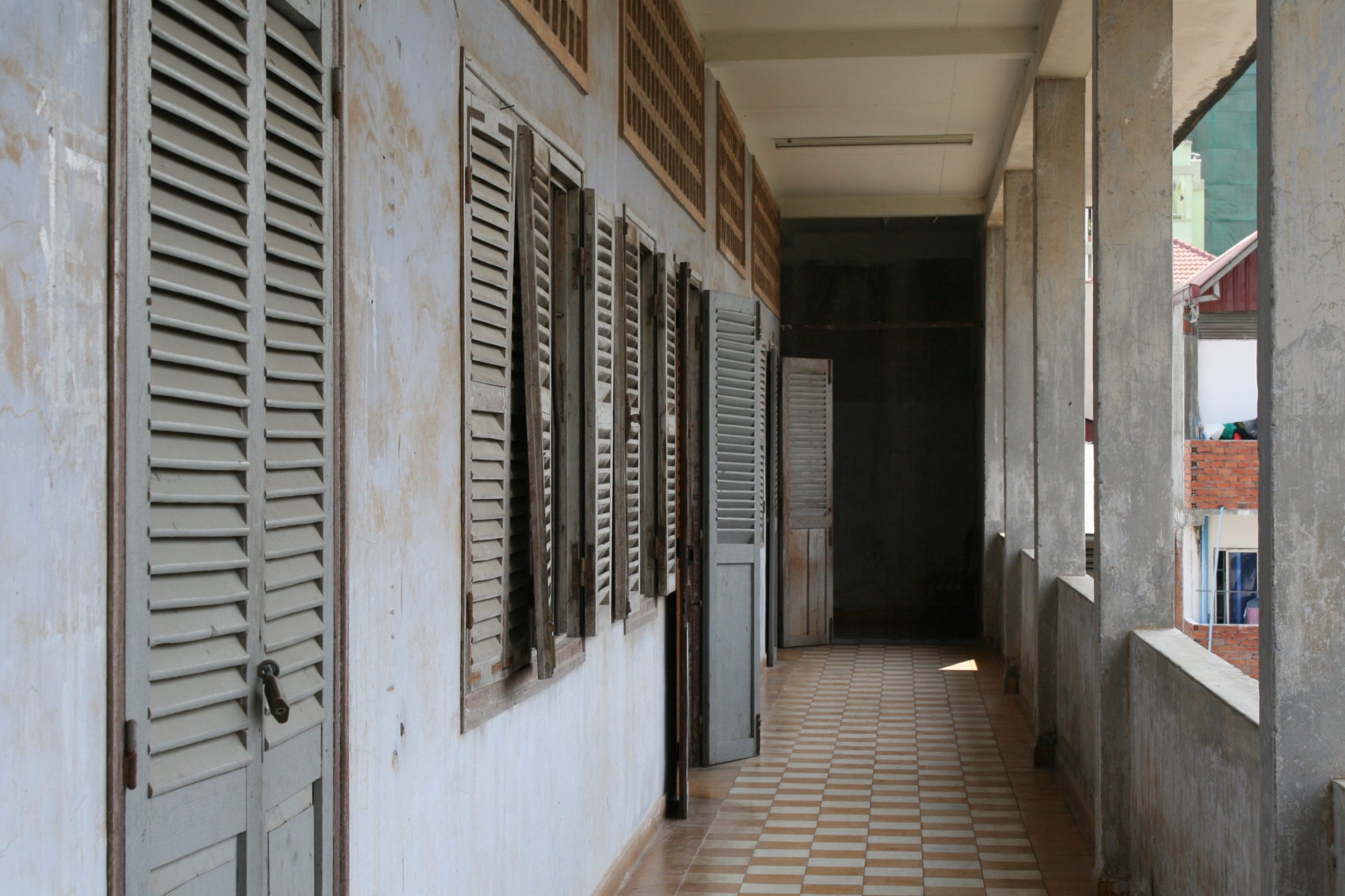 Posted at 20:00h in Southeast Asia by Anna Cunningham

My first steps onto the premises of the S-21 Prison were some of the most impactful. It once was a school; at first I didn’t even believe we were at the prison. How could something that seemed so helpless and fragile be used for a purpose so cruel, so gruesome? It made me feel sick to my stomach.

It made me wonder, would I have the courage to stand up? Would I be a dissenter? Or would my hopes and dreams be shattered, so I would fall in line amongst everyone else? It especially hit home, seeing the images and pictures of the young men and women of the Khmer Rouge, and really taking in how young they truly were; to hear and see the atrocities that these men, women, and young children had to carry out.

The Khmer Rouge was a communist organization that took over Cambodian rule in 1975 and instated a regime of terror. The people were misled to believe that the Khmer Rouge were there for their own good. Instead, they were evacuated from their cities and forced into manual labour and a life of agriculture. Those that disagreed with the Khmer Rouge were either killed or placed into prisons.

We got the chance to have a brief meeting with some of the survivors of the Khmer Rouge, specifically survivors from the S-21 prison. It is truly amazing to see that there are people who came out of it and are sharing their stories.

Perhaps the most shocking was the fact that this was a genocide I had never even heard of before coming to Cambodia. This is recent history that seemed almost swept under the carpet.

Approximately 3 million people died, were murdered, and were lost, yet before this trip I had never really heard anything about it. To think that there are plenty of mass burial graves – and some that may still never be found – littered and scattered all across Cambodia sends shivers down my spine. When I left the S-21 prison, it felt as though I left something behind.