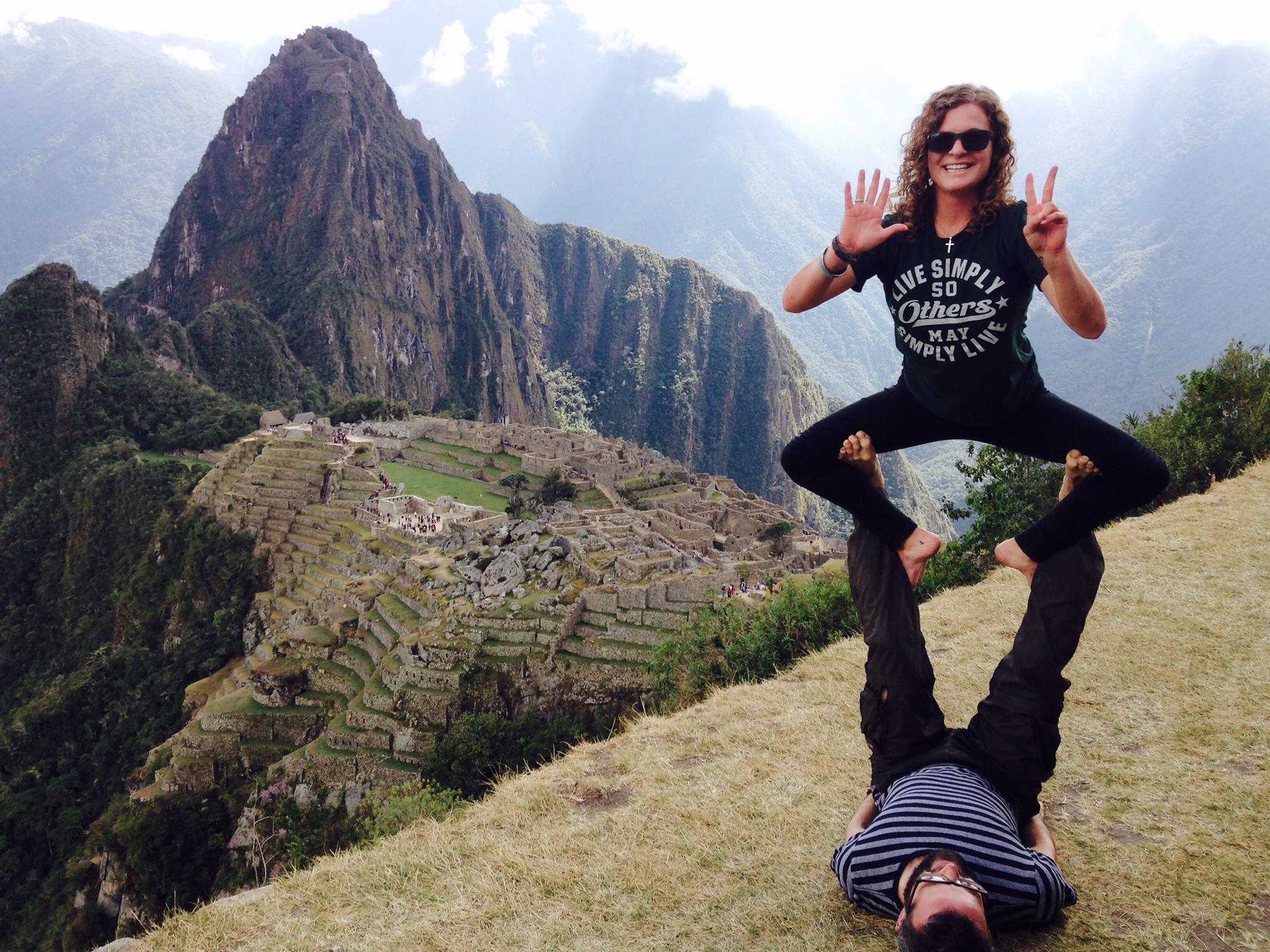 18 Aug The Trek to Machu Picchu

Posted at 20:55h in South America by Eric Schreiber

The time had come. The trek to Machu Picchu was finally upon us as we attempted to mentally prepare ourselves for five challenging days of hiking. Our guide Luis, or pajaro as he was known to the locals, rolled up to our hostel at five in the morning, bursting with energy, to find a group of sleepy and anxious gringos. The long and windy road to breakfast was chock full of Peruvian chatter and giggles amongst the team of cooks trying to convince Luis of shoddy alternatives to the tents he had left back in Cusco. Fortunately for us, Luis came out on top and rushed back for our beloved temporary homes as we chowed down on some brekkie. Instead of getting back into our trusty van, we hopped onto the back of a truck and aligned ourselves on top of our sacks of food and belongings as best we could.

After yet another commute with a popped tire, we eagerly began the first day’s hike. Reality began to set in as we reached the campsite; this trek was going to be unlike any other we had ever experienced. Most of the group continued on a steep climb to a glacial lagoon where a couple brave souls even decided to go for a quick dip. The overwhelming beauty of the night sky acted as a marvelous distraction to the frigid temperatures and nerve wracking anticipation of the next day’s infamous climb.

A few sharp taps from outside our tents followed by a loud “Hola! Amigos! Time for wake up!” meant we were up and at ’em for the steep 18km trek that lay ahead. The team, along with other fellow trekkers, moved onward and we quickly dispersed in panting fashion. The cooks who had left hours later whizzed right by us full of breath rocking jeans and sometimes even sandals; our hiking gear and acclimatisation were put to absolute shame. The immensity of Salkantay Mountain lay ahead as a constant reminder of what this ascent was aiming for. Some tiring hours later, we reached our peak of 4600 meters and rejoiced with hugs and headstands. For the majority of the group, the toughest challenge was over; for me, a 23 year old with chronic knee pain aging me an additional forty years, the descents were what were out to get me. Scaling our way down for another few hours, Salkantay was now shrinking away as we arrived at our second campsite.

The third day offered whole new landscapes and climates; glaciers and shivers turned into jungles and dripping beads of sweat. The hike lasted only through the morning, an easy feat compared to the preceding accomplishment. A bus led us to our next campsite and then again to nearby hot springs where we indulged in quasi-showers and some swims. Not only did we hike half as long, but we also got buses and hot springs!? Day 3, you were appreciated. As the sun made its way down, camp’s vibes were on the up and up. We celebrated a birthday and got the party started with some marshmallow roasting and dancing by the bonfire. The rest of camp quickly followed suit and everyone’s tired feet seemed to be making a comeback for the night.

Day four had the makings of being one of the best: a zip-line-filled morning, a short & flat hike, and a hostel with a bed and shower waiting for us. Little did I know this would end up being the most challenging day yet. Zip-lining was a definite highlight as we made our way down four different lines and a suspension bridge over some unforgettable peaks and valleys. A quick uphill brought us to train tracks that we would be following right into town. My blistered feet and sore knees began feeling the brunt of the rocky path pretty early on, and I was sporting a steady limp for the remainder of the way. By the time we reached Aguas Calientes, the limp had turned into a near crawl and that bed was sounding like an absolute godsend at this point. With the support of the lovely ladies by my side, we gave it all we had and I collapsed onto a twin sized bed that felt like it was miles long and made for the likes of royalty.

We had made it. Four challenging and testing days. It had led to this bed, this moment, this feeling.

Our fifth day was upon us and we were ready to finally make our way to the highly anticipated ruins. Most of the group carried forth on the hike up while a few of us fallen soldiers stayed behind to wait in a bus line spanning the length of the town. As we made our way higher and higher, the anticipation turned into butterflies and utter glee as we spotted a glimpse of the ruins. The mist was still intact when we arrived and we eagerly waited for the magic to reveal itself. Eventually we were graced with the breathtaking world wonder along with the thousands of global visitors dotting nearly every inch of the place. The change in pace from interactions with other gringos few and far between to a landslide of tourists caught us by surprise. Up until this point, we had chosen the roads less travelled and participated in cultural exchanges at small scales; Machu Picchu blew the scale out of the water with its enormity. After some naps and acro yoga, we went our separate ways and explored the ins and outs on our own. Some headed back to town early, others climbed up the mountain, and the rest of us attempted to find hidden corners to take it all in. After splurging on a gargantuan sandwich and queueing up for the bus once more, it was time to say goodbye to Machu Picchu and the Salkantay Trek that had brought us all the way here.

It was hard to believe that we had been in Peru an entire month and had overcome such amazing challenges. Now we’re off travelling in smaller groups around Peru and Bolivia to gain even more perspective and put our newly learned skills to use. We will be meeting back up soon for our last few days together where snuggles and sad goodbyes are sure to ensue. 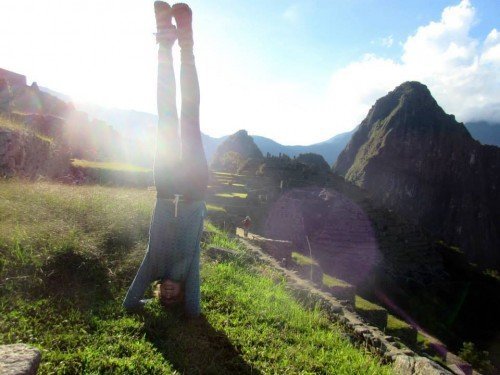