26 Jun The value of a chicken coop

Posted at 12:29h in East Africa by Operation Groundswell

Uganda, The “Pearl of Africa”, is a country that had recently become a popular tourist destination, however it doesn’t take much to see some of the burdens that the country and its people country continue to carry from the violent past. Like much of Africa, HIV and AIDS are widespread and rates are some of the highest in the world with approximately 1.4 million people living with HIV and approximately 62,000 deaths annually due to AIDS. This year Operation Groundswell’s East Africa Discovery team has partnered with RWEYOWA (Rescuing Widows, Elderly, Youth and Orphans with AIDS) in Kampala to learn and assist with various programs the organization offers. 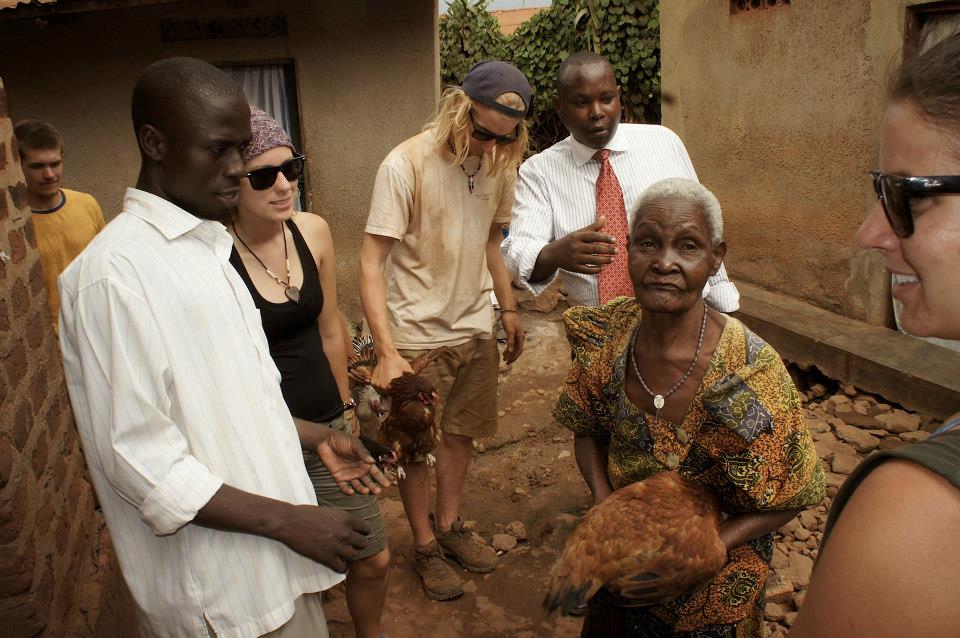 RWEYOWA is a non-profit organization that has a number of programs on the go. They offer free HIV testing, sexual education courses, individual and family counseling, assistance with everyday life, and a family empowerment program–the latter of which they requested Operation Groundswell’s assistance. When an adult has HIV, it is nearly inevitable that they will become weak, and potentially unable to maintain employment. HIV medication, treatments and doctor’s appointments can be expensive, and without an income oftentimes, unattainable. Although some donations and handouts come through, RWEYOWA has created a family empowerment program as an alternative. The family empowerment program provides some clients (those who tested HIV+) and their families with chicken or pigs, and the appropriate vaccinations, education on caring for the animals, and proper shelters. RWEYOWA and Operation Groundswell managed to build five chicken coups and provide 200 chickens to multiple families affected by HIV. 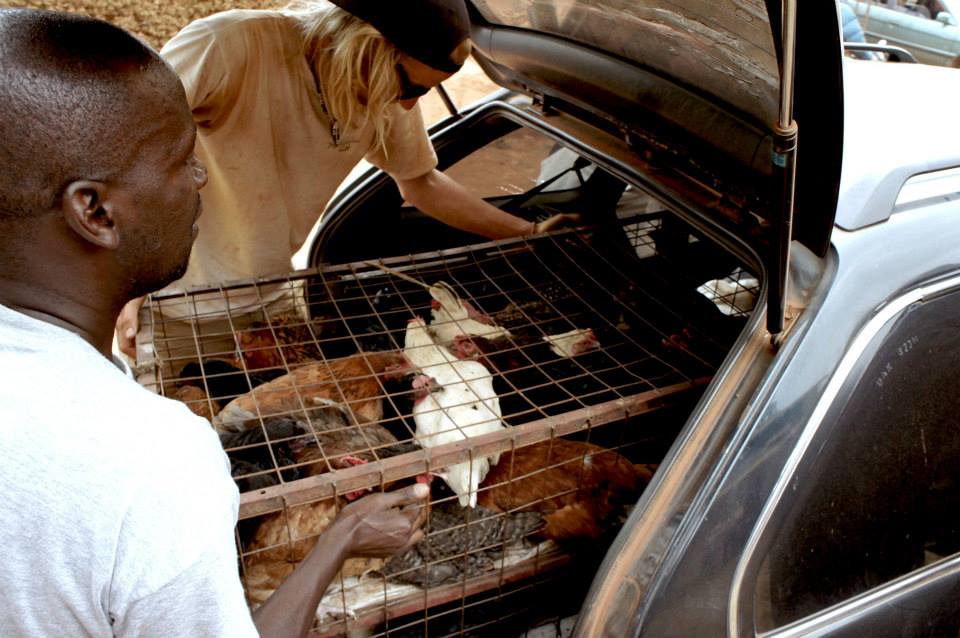 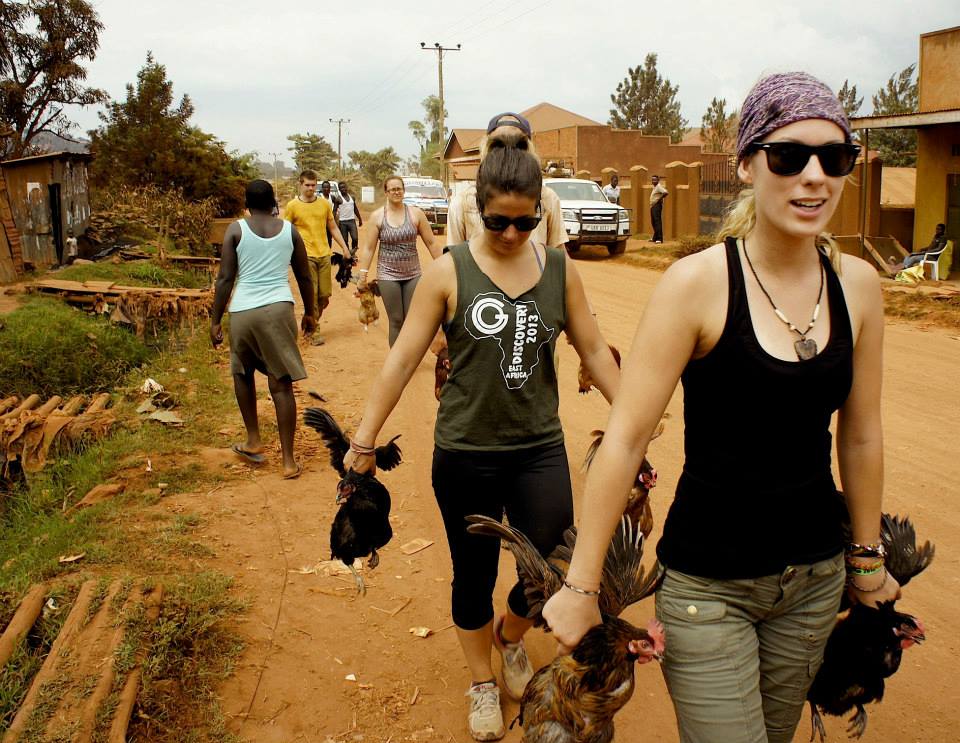 We divided into teams of three to six on the first day of construction, each team assigned to a home affected with HIV that did not previously have a chicken coup (or chickens!). The community gathered around and pitched in as we along with an assigned foreman sawed boards, dug postholes, placed tin roofs, created makeshift doors and hammered walls up into chicken coups. It surprised us all to see and feel how much work goes into building a simple structure, but we were assured that the details (notably having no gaps between boards) were met to perfection!

Day two of construction continued and a total of five chicken coups were created. Many community members thanked us for working in their communities and with RWEYOWA, and the community connection really hit home on day three. Our final day working with RWEYOWA, the entire OG team was busy delivering chickens. The day was hot, smelly, dirty, and rainy, but we had some good laughs transporting chickens from station wagons, and while riding in the backs of trucks. The 200 chickens were delivered to the coups we constructed, as well as many families who already had coups at their homes. The stories and gratitude of these families was unforgettable. 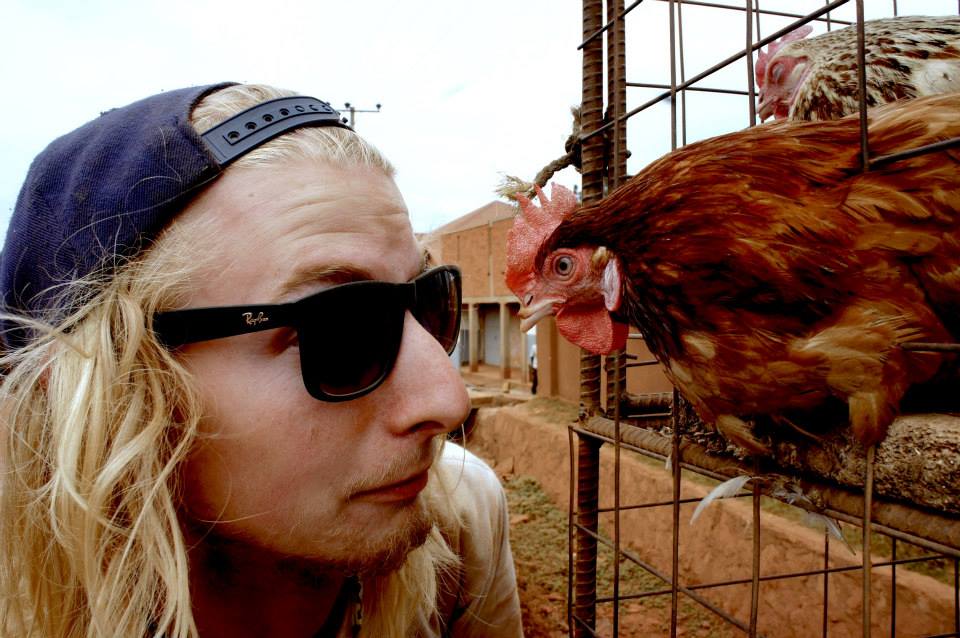 So what’s so great about chickens? 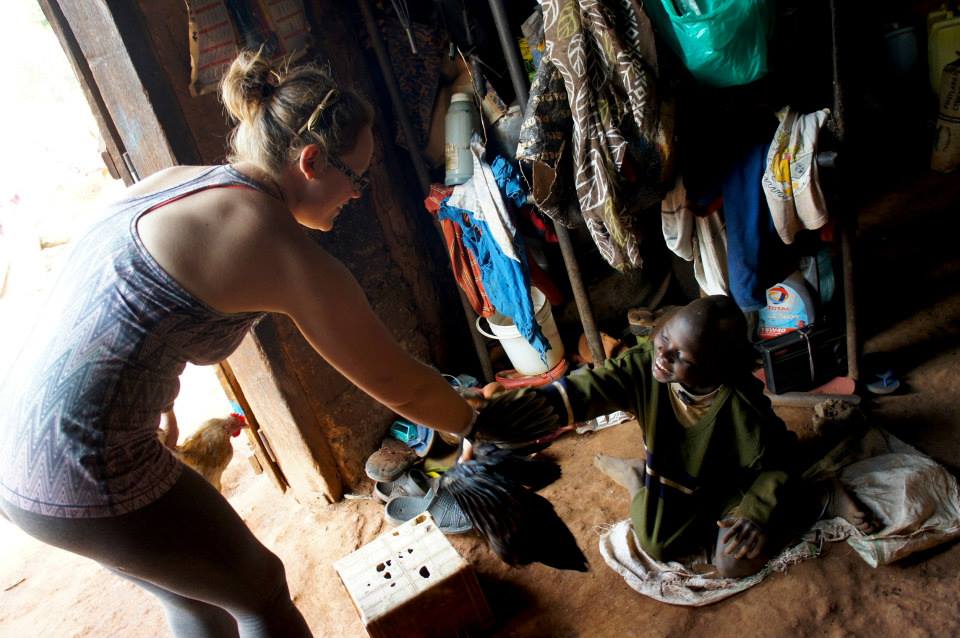 Well, to start, they lay eggs! Simple. Easy. Eggs are nourishing and can be used to feed a client’s family, or they can be sold as a means to income. Chickens are also relatively easy to care for (compared to larger animals), they reproduce quickly, and don’t require much space. Furthermore, you can eat them. Not a bad starting solution for a very complicated problem!