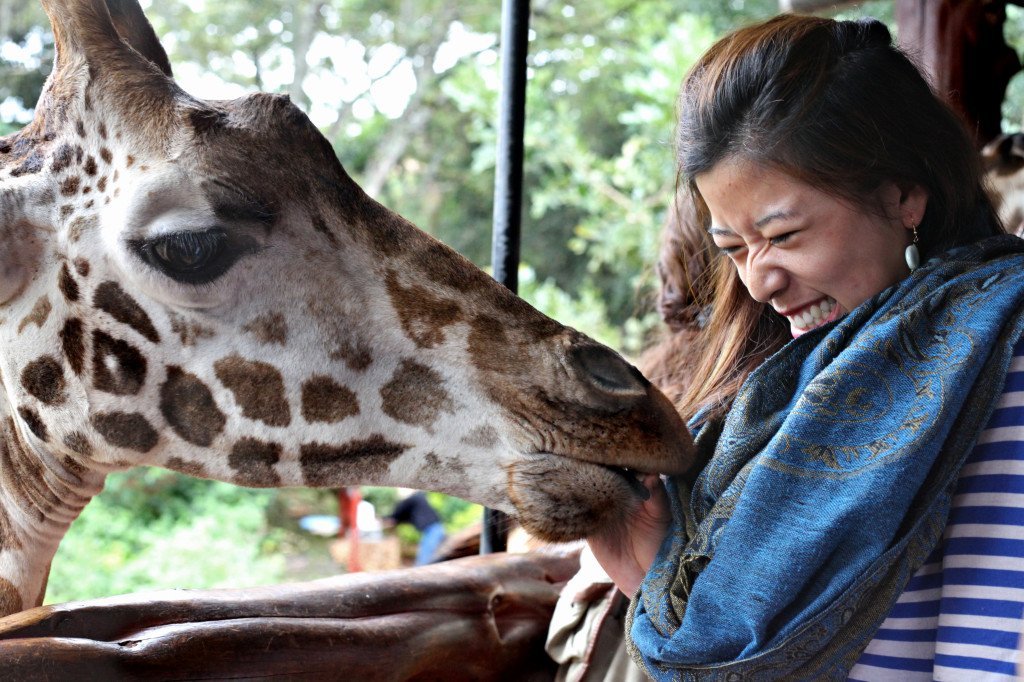 Posted at 09:55h in East Africa by Operation Groundswell

I’m a long way away from Africa. You probably are too. But as the days slowly get longer and plans start to unfold, I wanted to share with you some thoughts and images that will bring us closer to our final destination before we even get there. Exciting times lie ahead as we get preparations under way to explore the cradle of human kind.

Whatever you expect of the trip, and of Africa in general, be prepared to be part of so much more. But just in case your excitement is already getting the better of you, here’s a list of 10 things you CAN expect:

You won’t get bored of hearing ‘Jambo’ from passersby, smiling children, and even your OG family. In fact, take this song away with you and by the time you get home expect it to become your signature greeting. Helps you brush up on your Swahili too! Hakuna Matata! 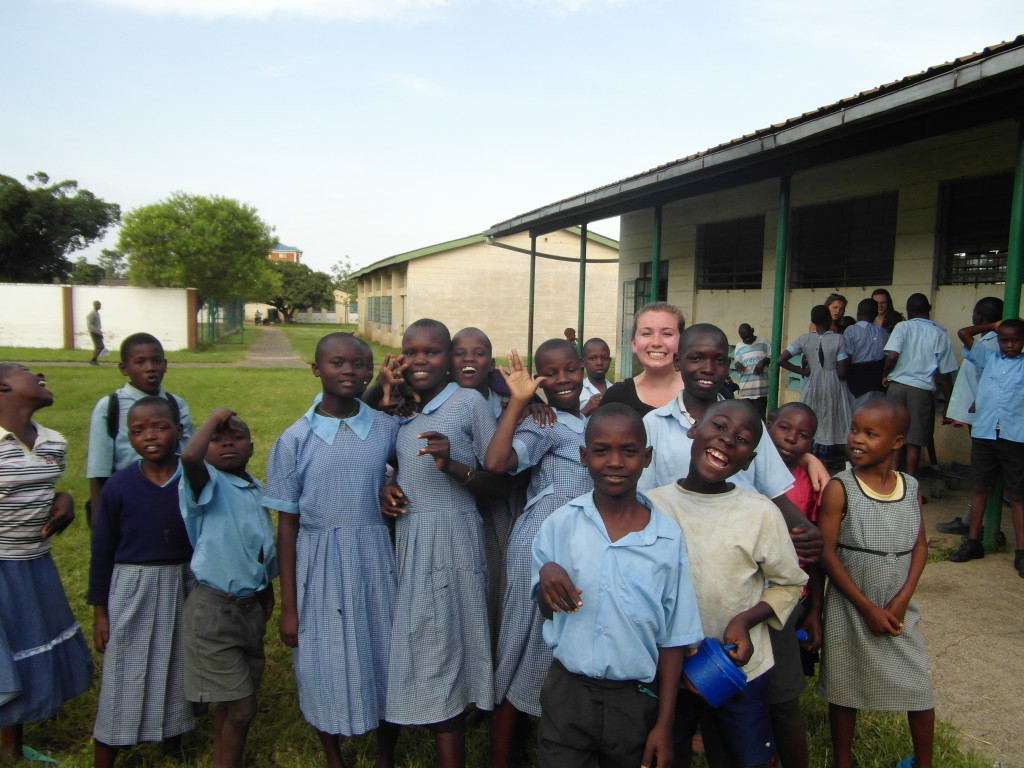 Kids in Kisumu, Kenya. Photo from our 2013 East Africa crew.

The hustle and bustle of cities like Nairobi and Kampala can be a shock to the system, but their energy is infectious. We’ll hit the ground running as we learn how to navigate the streets of one of Africa’s fastest developing cities, coming face to face with some of the trials and tribulations of the local community.

Expect to discover new foods, meet friendly faces, and understand how development is affecting the city’s inhabitants. Blink and you might miss it! 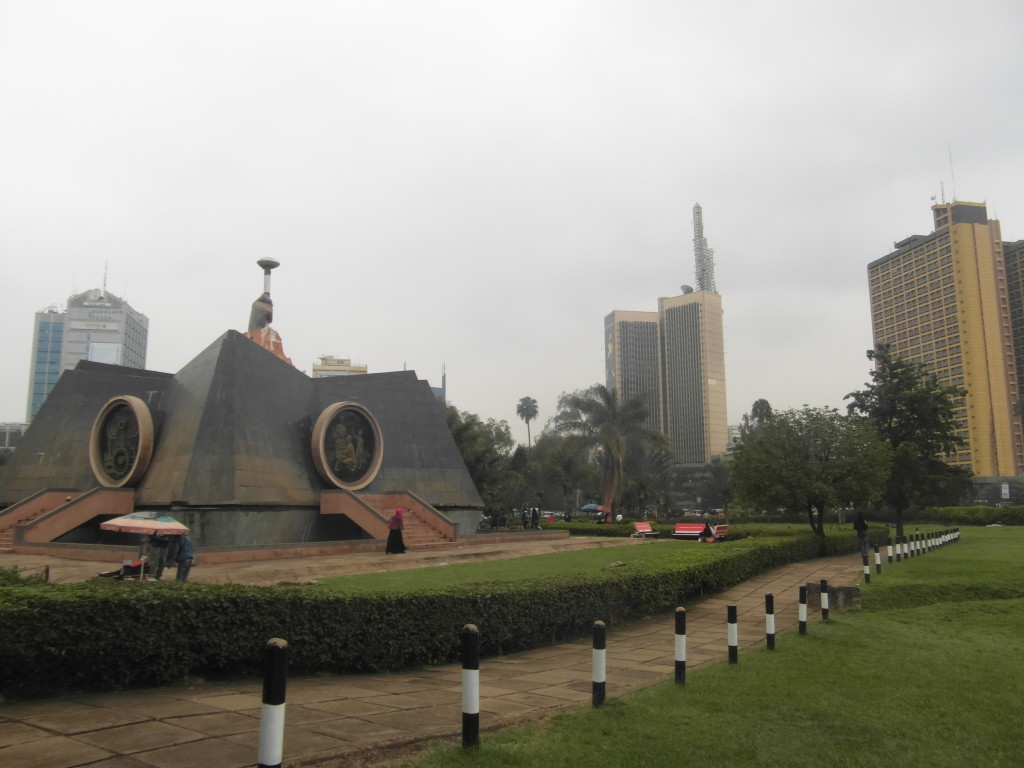 The Nairobi skyline. Photo from our 2013 East Africa crew.

It is widely believed that the earliest humans were already making tools and walking on their two legs in Africa around 2 million years ago. Retrace their steps as you marvel at the landscapes in the Rift Valley, cradle of human kind. We’ve come a long way since those first steps. 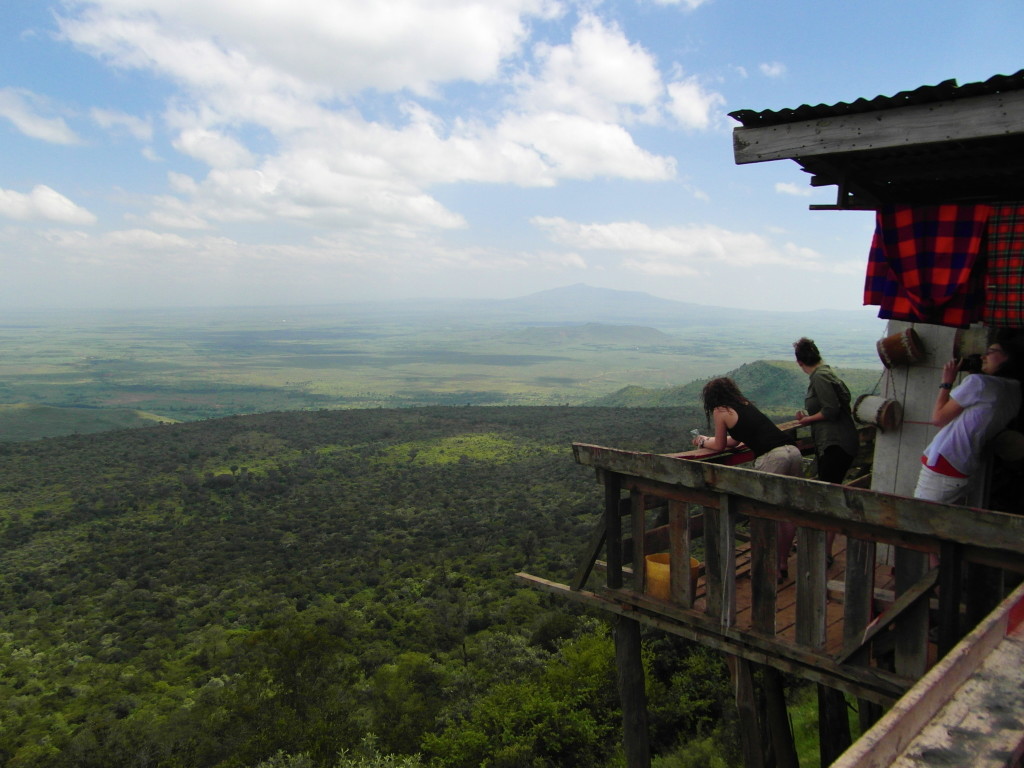 Rainbow over the Rift Valley, Kenya. Photo from our 2013 East Africa crew.

Check out Paul Salopek and his 7-year journey ‘Out of Eden’, where he retraces those steps and in doing so is creating a picture of modern life on Earth along the pathways of ancient migrations.

Africa is synonymous with wildlife, safaris, and rolling savannahs. Despite the negative stories of poaching and the encroachment of civilization into Africa’s wild places, it remains the case that “there is nowhere in the world where wildlife puts on a greater show.” David Attenborough, BBC Africa. 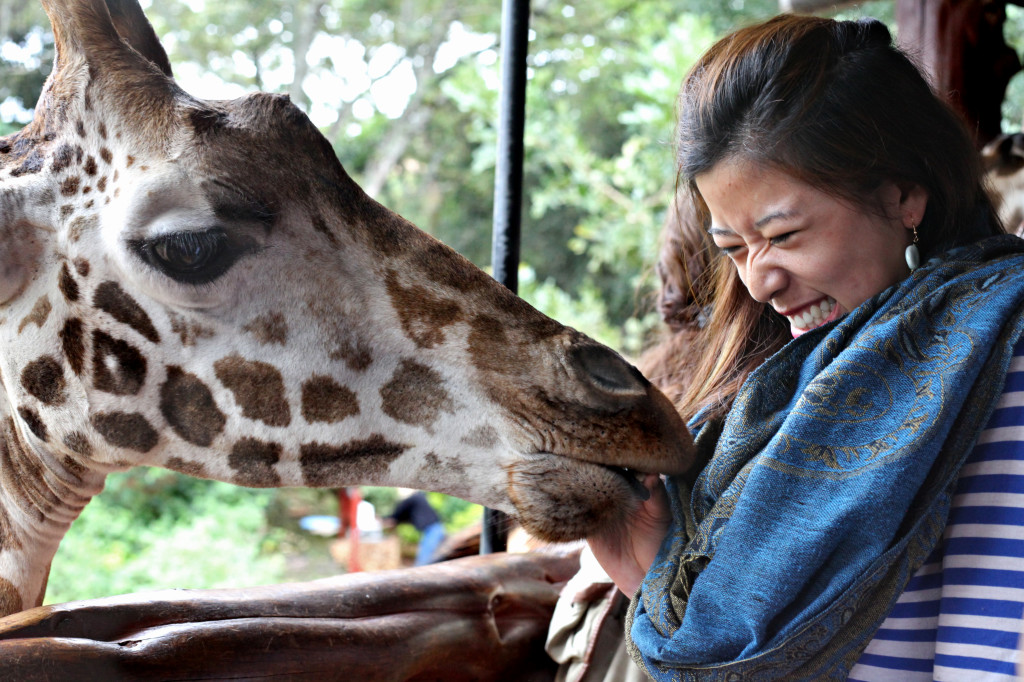 Getting up close and personal with giraffes in East Africa. Photo by mudshine.

Swahili for ‘courage’. You will need to discover all your “Ujasiri” on our travels. Rafting down the Nile and bungee jumping is just the beginning. Real courage lies in confronting our fears of the unknown and putting into things that matter. Anyone can sit in a boat but it takes real courage to confront pain and suffering in an effort to help people affected by ordeals that life throws at them. We will work with communities whose suffering will be hard to comprehend, whose difficulties will be alien to us, but whose courage and bravery is like nothing you’ve seen or felt before. There is much to learn. Kuwa na ujasiri wa (be brave!) 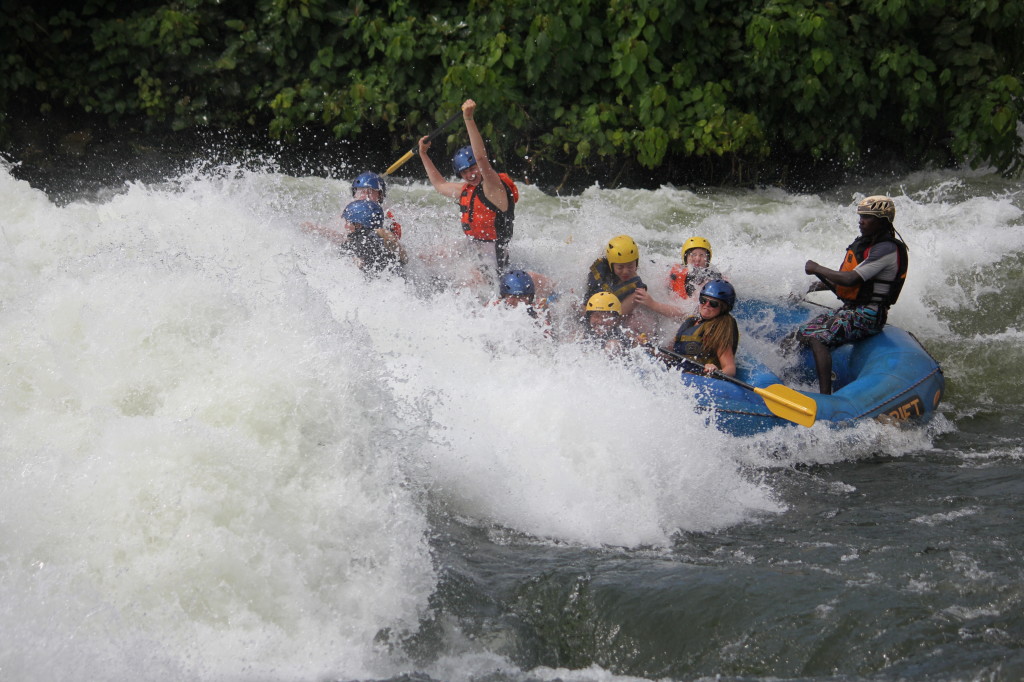 White-water rafting down the River Nile in Jinja, Uganda.

Getting our hands dirty is all part of the experience. A job isn’t done properly unless you’ve got your hands dirty in the process. We’ll be doing plenty of that. And you can’t expect to get out of Africa without a few bumps or scratches either. 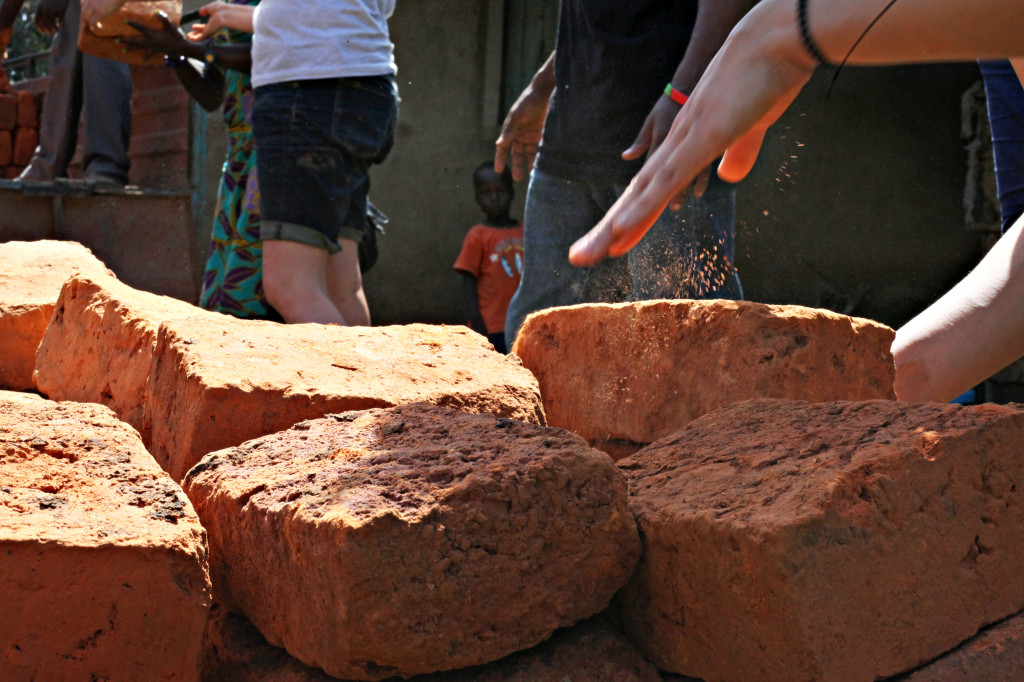 We’ve all been there… Right? Well, if you haven’t there’s a first time for everything. Just don’t expect rose petals and scented candles.

Having fun is a big part of African life. From the dance floors of Kampala and beach parties on the coast to village fairs and African drumming, don’t forget to enjoy yourselves, although I doubt you’ll need the encouragement. 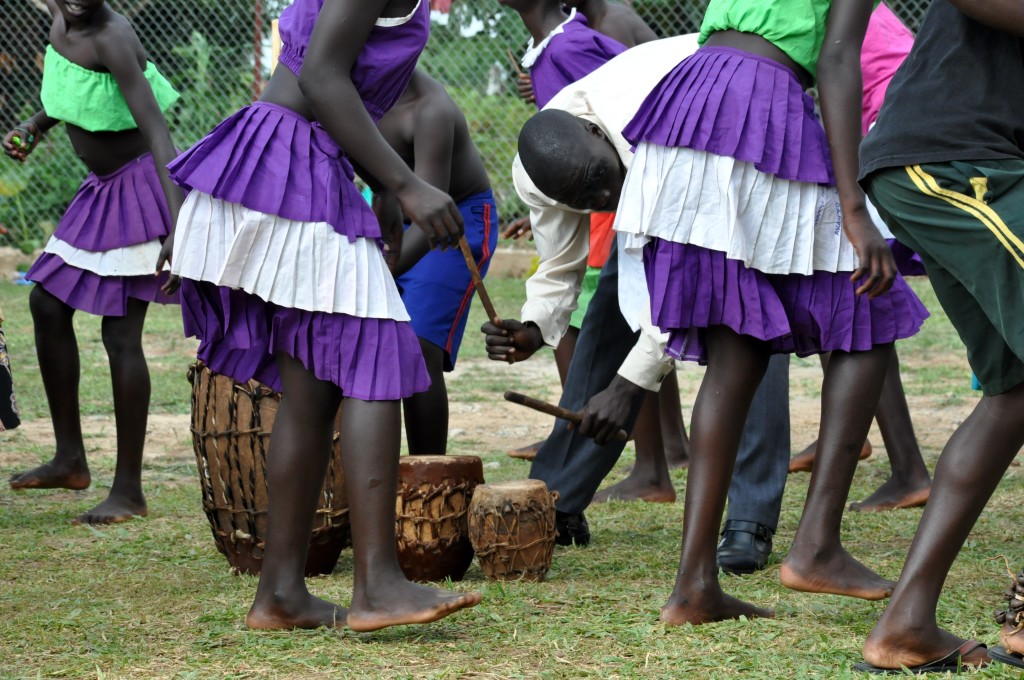 Dancing to the beat in Uganda! Photo by Linda Ozromano.

9. A little slice of paradise

African sunsets, birds of paradise, starry night skies and white sand beaches. It really is a slice of paradise on the East African coast. Come see it for yourselves. 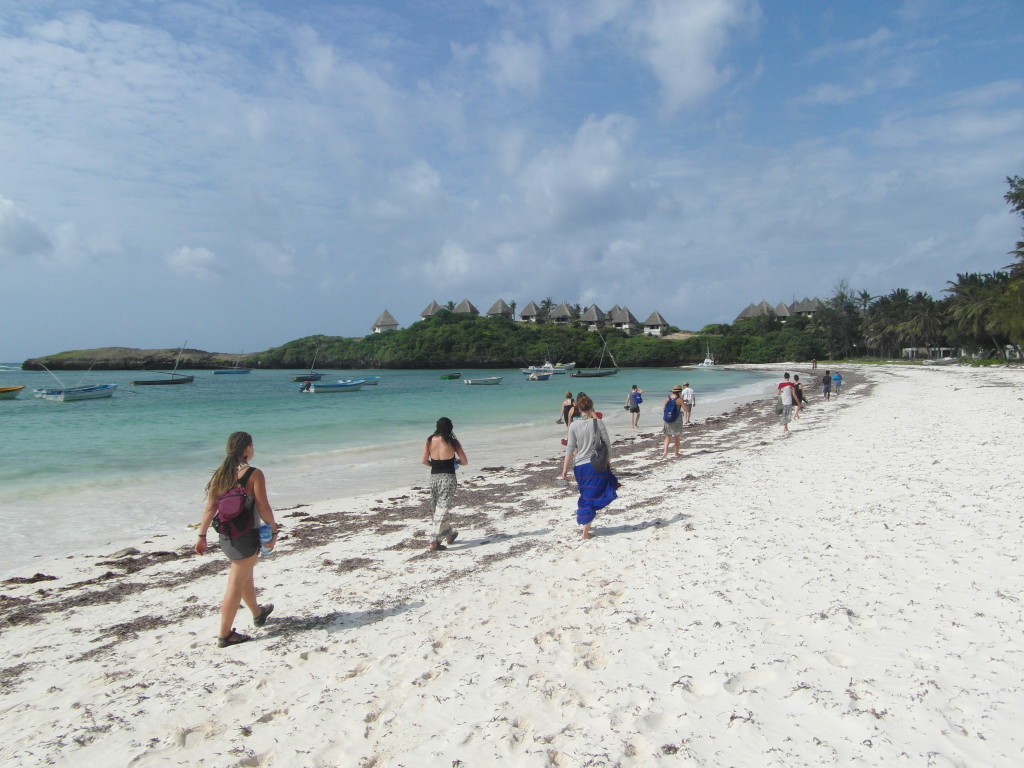 Wish you were here? The beach in Watamu, Kenya

Whatever your expectations are, or were, as travelers we’re not happy anywhere if we carry rigid expectations of how we want the world to work. Life will invariably throw us surprises, even more so when it fails to meet our expectations, for better or worse. So keep an open, curious mind. Forget about your expectations for a second. That way, even disappointments can turn into exciting and even beautiful surprises.

Here’s to a summer full of surprises!!

Ready to experience all of this and more? Apply for our East Africa Discovery program today!