24 Jun Trekking Through Time: The Mired Journey to Machu Picchu

Posted at 11:01h in South America by Operation Groundswell

The Salkantay Trail to Machu Picchu proved rugged, verdant, breathtaking and unpredictable. This incredible five day experience left the group blistered and in awe of the Peruvian Andes´ grandieur, with each individual having learned a bit more about themselves through the process. 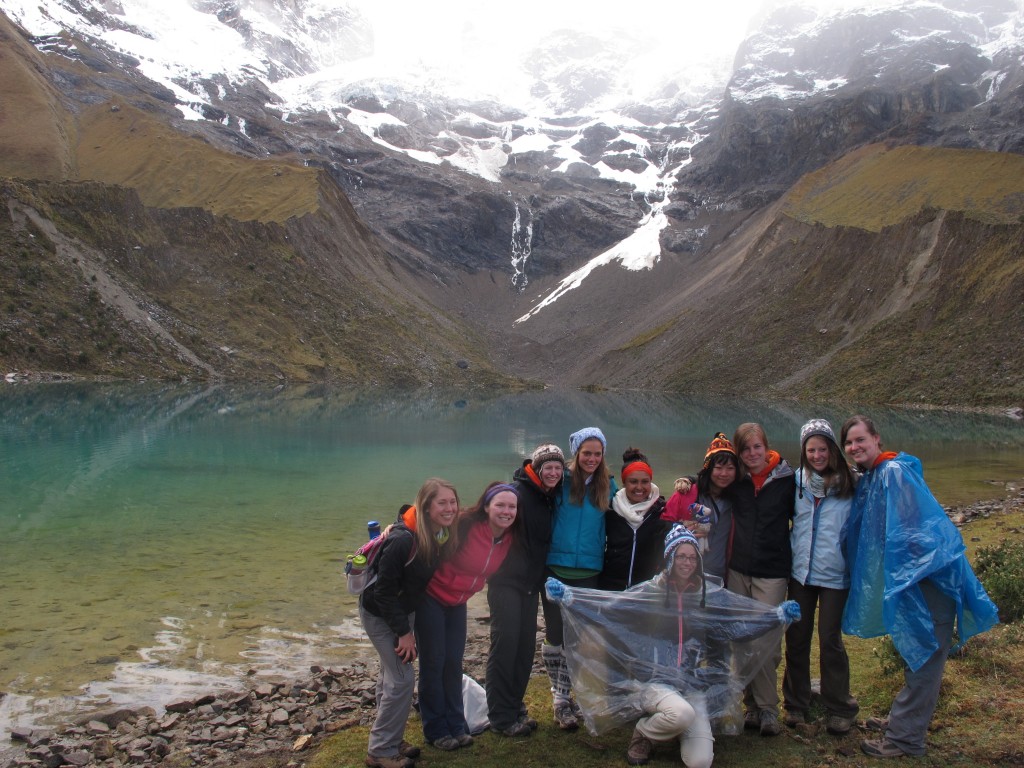 Day 1:        A 6:30am bus pickup in Cuzco allotted some time to kill, yielding sleep for most. The group had breakfast street-side while waiting for a road block from construction to clear; card-playing ensued. After a few more hours of busing, Group Groundswell finally arrived at our first campsite. A game or two of ninja later, we began our first hike up the side of the steep valley of our campground, chasing the promise of a glacial lake. Our guides, David and Guido, blazed the trail, zig zagging over rocks and gulleys, taking OG slowly but surely to the lake. About an hour of traversing later, we  arrived to a breathtaking crater of crystal blue, prompting much picture taking and jaw ajar-ing. The water was so clear you could drink it, and we did, with the adventurous filling their Nalgenes and gulping the fruits of their efforts. After some time, we rescinded back down the valley-side to our campground, catching glimpses of the snow-peaked sunset over our shoulders. A cold night would give way to an early morning, 5am to be exact.

Day 2:       The early morning wake up was assuaged by cocoa tea brought directly to our tents by the lovely cooks, and pancakes with dulce de leche for syrup in the comedor. Next came the most stenuous part of the trek, about three hours and eight km up the steep mountainside to the base of Salkantay mountain, bringing the crew to 4800 m above sea level. Although difficult in ascent, Salkantay, covered in gleaming white snow, took breath from lungs and secreted serotonin and adrenaline through overstimulated brains. 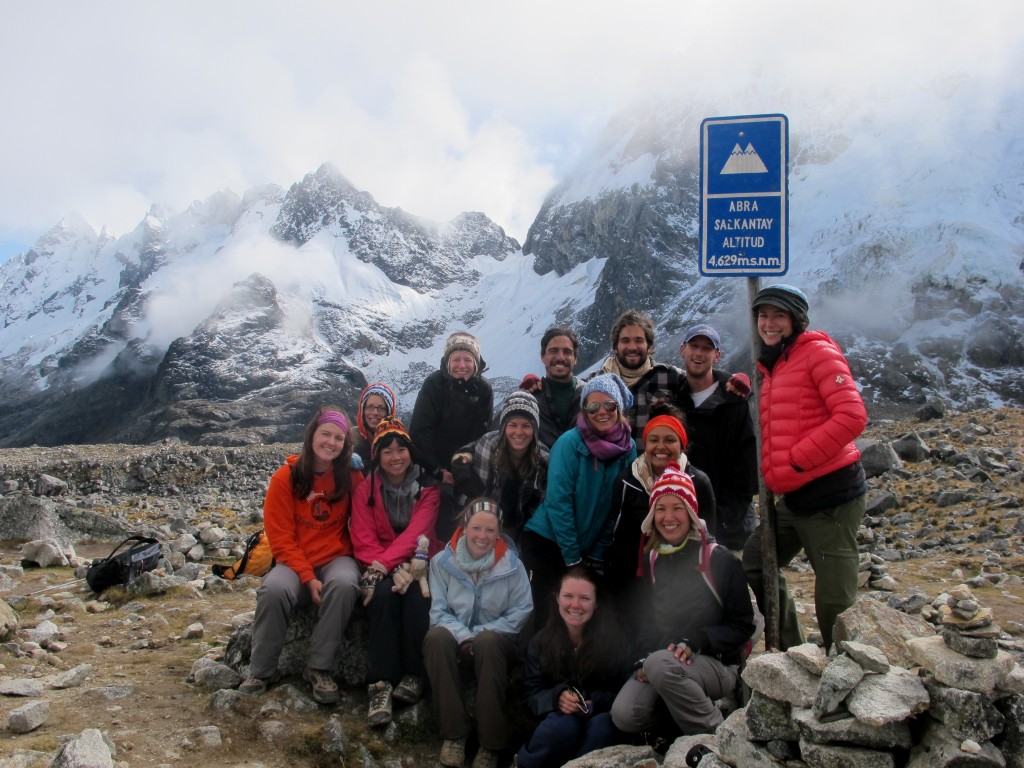 After some words from David and a tribute to Pachamama in the form of cocoa leaves, we began a long descent that would last the rest of the day. Following mountainous, rocky Salkantay, the landscape opened up to wide grasslands dotted with colorful, mossy boulders, and the sky began to hail as we arrived to a shelter for lunch. After waiting out more precipitation, we continued with the muddy descent. The trail hugged the side of the mountain, with a steep drop to an increasingly jungle-like river valley below. We eventually made it to camp, wet, muddy and exhausted, to sleep heavily and prepare for the next day.

Day 3:        Our shortest day, waking up a bit later, again to cocoa tea, and hiking only about six hours. Enter jungle. Curious foliage, animals and fruits began to surround us as the descent and trek continued along the Santa Teresa river. Fresh passion fruit, easily picked, lined the trail for our feasting. After a few kilometers, a soccer match, and two waterfalls, we met a van to take us into town to rest our weary bones and decompress. We then arrived at a set of glorious hot springs a bit early, before the other trekkers of Salkantay. Our muscles and minds relaxed, and our bodily stresses were soothed away by the tepid, mystic waters. This eased us into a night of relaxation, witnessing Peru´s futbol victory, and a sound night of sleep for all. 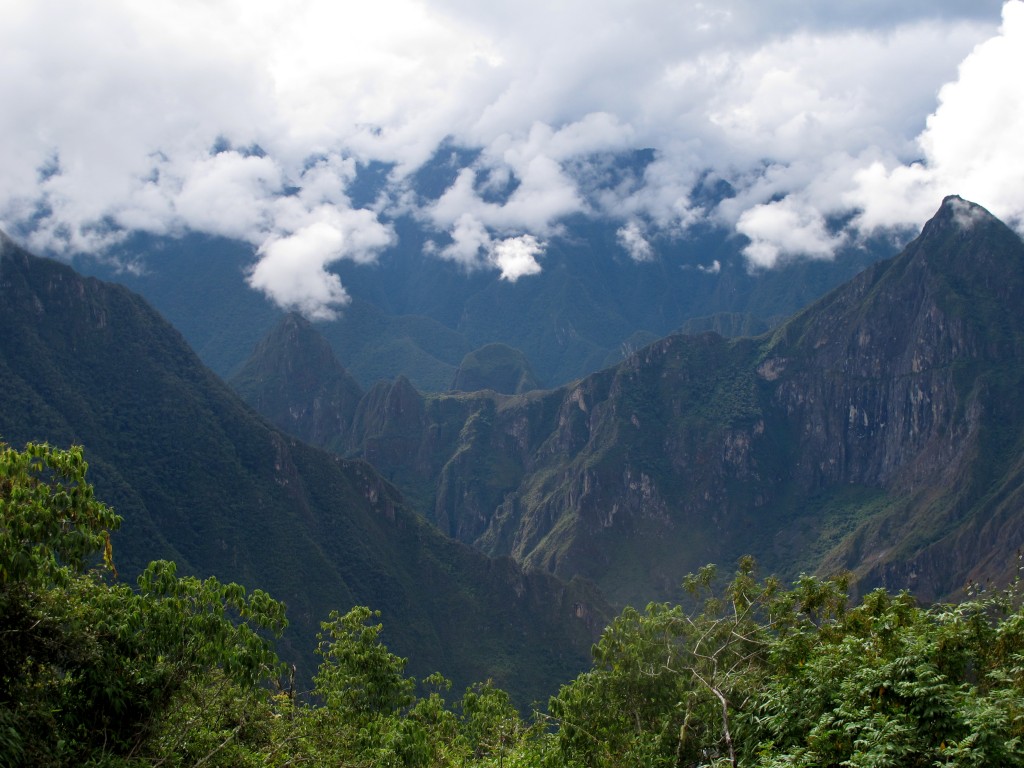 We all wiped the sleep from our eyes; the thought of this day being our longest may have been an impediment to some people of the group, while others embraced it with audacity as we prepared for the last stretch of our hike, 22 km expedition from Santa Teresa to Hydroelectric and then to Aguas Calientes. The sun was pounding down on us, creating a sticky layer of sweat, sun lotion and mosquito spray- we were all itching !! Not only from bites but from excitement to finish this never ending steep hill. After pushing through our steady yet comfortable, rhythmic pace we reached the Incan post office near 11 o’clock which overlooked the Machu Picchu site across a valley.

It was incredible to see something with such calibre at that distance; it was tiny in eyesight, yet stupendous in essence. We then proceeded into the descent of the hike, which soon turned into a slippery slope as rained poured down on us. After lunch we strode along the train tracks of hydroelectric, getting lost in the draperies of the jungle vines and trees, and some by creating imaginary fighting scenes with monkeys and canoeing with their walking poles. The tracks snaked on flat ground through the valley below Machu Picchu, along the river which met into the road which would take us into the tourist town where we would sleep that night. There was a mix of excitement and relief that flushed over as the town came in view, it meant the end of one incredible journey, but rest for our tiresome legs.That night we had dinner in Aguas Calientes, then rushed to bed to get some shut eye rest for our morning adventures. 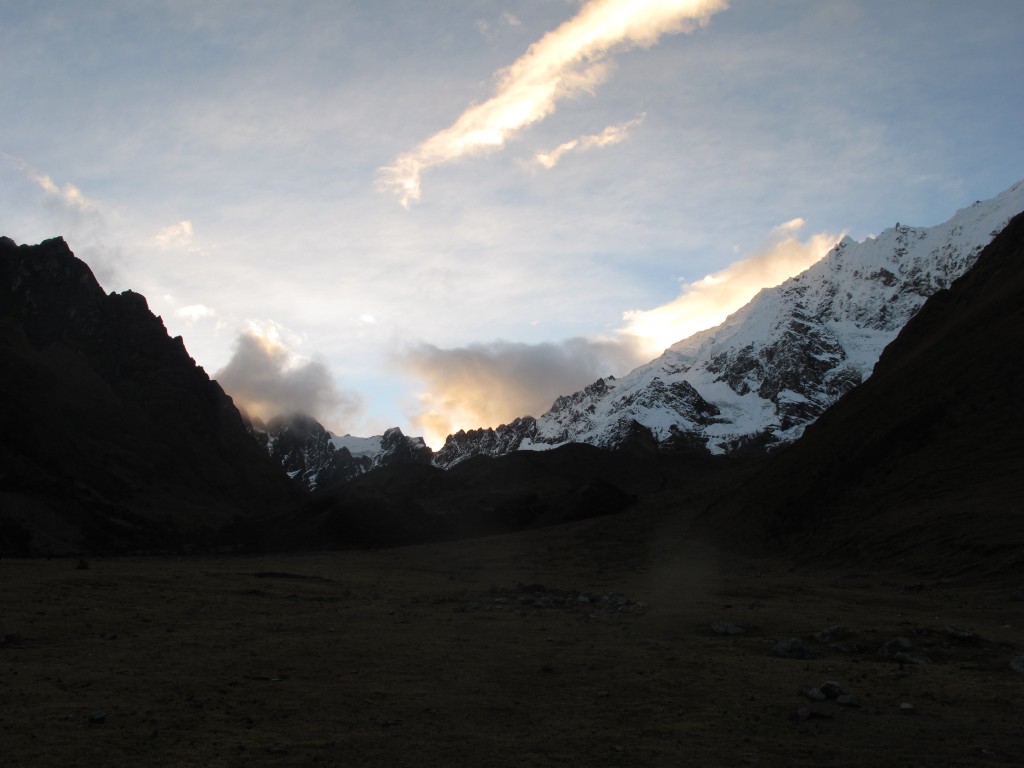 Eagerness played a key role in waking our team up that morning. D Day had finally come to us!! Bags were packed, shoes tied and double knotted for the race that was soon to start. The hike up to Machu Picchu would test everyone’s mental and physical resolve, but after our treacherous Salkantay trek and only a scale of 2430 meters ascent.. . we were prepped!

The goal was to be by the gates for 6 am, that way we would beat the swarming crowds of tourists to the iconic site for some flawless pictures. Darkness had yet to subside as we stampeded through the racing crowds, which did not succumb to the perilous condition of the trail that weaves along the steep mountain side. There were many valiant hikers that morning, and among the OG group we persevered and made it to the gates before 6 am!!

All was worth it, looking into Machu Picchu you truly sense how amazing and fascinating the real thing actually is. The Incas were true early innovators, and they’ve displayed their skills in the intricate details of the stone work that has been sustained for approximately 500 years. We had learned that since it was nestled up in the Peruvian Andes, Machu Picchu was only discovered in the last 100 years by Americans in 1911 and the significance of its name, Machu Picchu, means ancestral mountains.

After lunch we we continued our day adventures with a daring hike up Huayna Picchu, the towering mountain behind the Machu Picchu site. Once at the top you felt as if you were on top of the world! We were lucky to get a clear sky that afternoon, but it could take only seconds for the clouds to roll in beneath you. Our exhilarating day was clocking down, we HAD to be at the train station for our departure out of Aguas Calientes an hour before it was due, and thus our punctuality was evident. 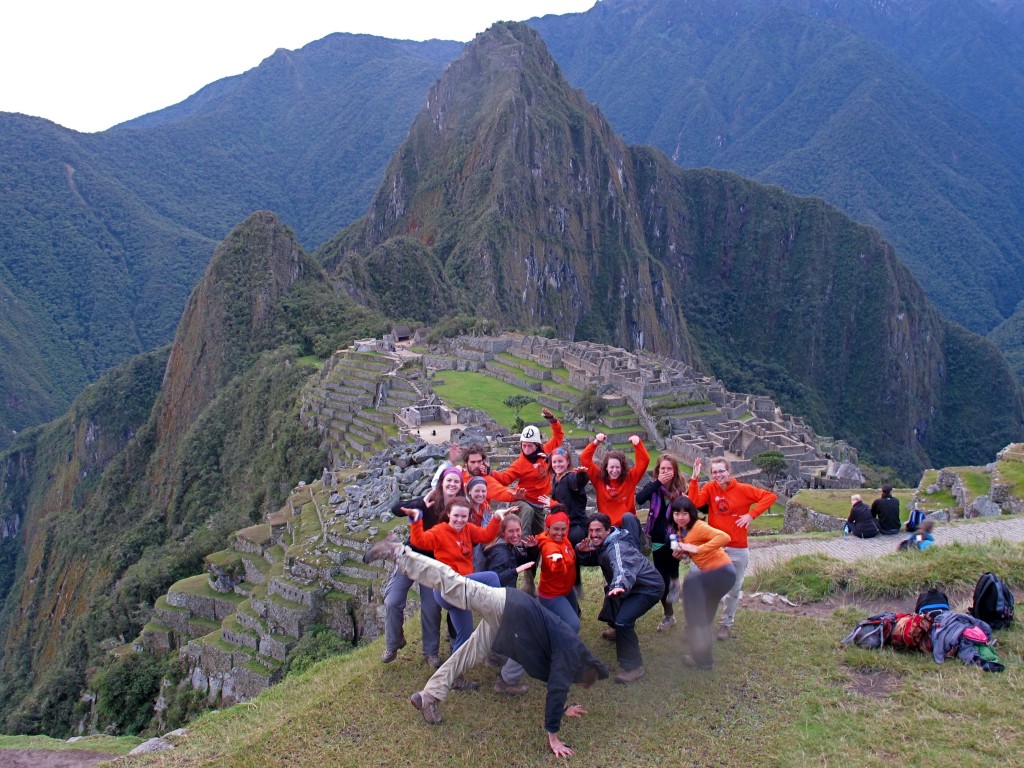 The week had been wrapped up by a once in a life time experience, and we were then launched off into the backpacking world to explore our interests for ITT- Independent Travel Time. As of Monday, June 10th us OGer’s will be going from Bolivia to Arequipa and wherever else our hearts desire!