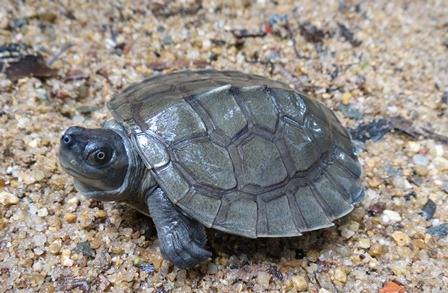 23 May Turtle Blog: A Blog About Turtles and Turtle-Related Things (aka What Can Turtles Do for You?)

In June 2011, Conservation International and the monks of the 100 Pillar Pagoda opened the Mekong Turtle Conservation Center (MTCC) as part of the Cantor’s Giant Softshell Turtle conservation project. Located along the banks of the Mekong River in Kratie, Cambodia, MTCC’s goal is to protect the endangered softshell turtle by raising them from hatchlings in a safe environment, then releasing them back into the wild when they reach a viable age.

MTCC operates as an ethical ecotourism initiative, where visitors to their centre can learn more about the turtles, MTCC’s work, the cultural importance of turtles in Cambodia, and see turtles in different stages of development. 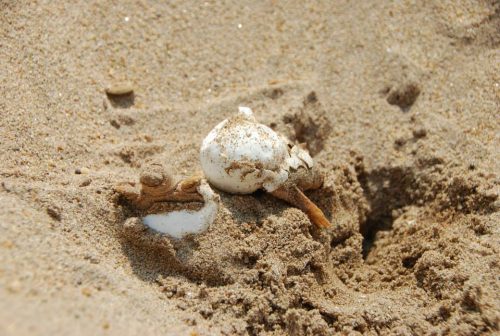 In 2016, our Southeast Asia: Animal Conservation teams once again visited MTCC to learn about the threats faced by the turtles and the Mekong biosphere as a whole, to support MTCC’s ecotourism initiative, and to participate in a turtle release.

The crews were able to successfully release dozens of baby turtles back into the wild and help with a project to remove invasive weeds from the banks of the Mekong River. Overall our teams gained an incredible look at conservation in action (and got to hang out with some adorable baby turtles at the same time!) 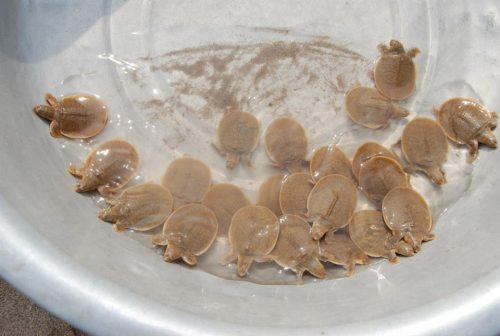 As with any partnership, OG’s relationship with MTCC is one that has grown over the years, but still needs to be nurtured in order for it to continue. Last year’s crews did notice that their connection to the community around MTCC could have been stronger, but this was due less in part to a lack of interest on either side and more because of a language barrier that was hard to overcome.

When our main contact, Yeoung, was away there was no one to translate between the groups and the community, as no one else in the community spoke fluent English and no one on our crews were fluent in Khmer. In the future, we’d like to be able to connect more with the community in Kratie and understand more about MTCC’s impact on the community as a whole. 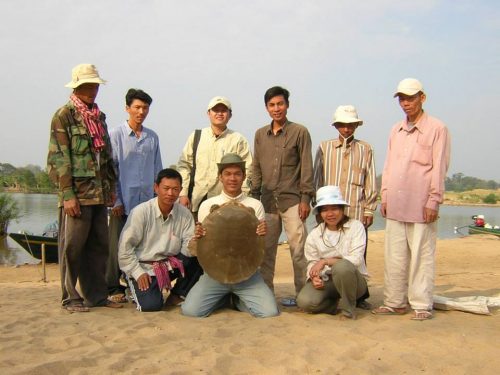 MTCC is a perfect fit for our Animal Conservation program, and we are excited to see how our partnership grows in the future. We’ve already started discussing how we can be more involved in their ongoing projects to make our time in Kratie more impactful. We’re also working on ways to better connect with the community, and are trying to integrate a dolphin visit into our time with MTCC.

Much like the turtles they foster, our relationship with MTCC is growing into something beautiful, and we can’t wait to see where it goes. Unlike the turtles, however, we don’t want to let it go anytime soon!