This blog is one of this year’s Alumni Project Fund proposals. Throughout the next few weeks, we will be rolling out the project proposals on our blog. If it’s an idea that strongly resonates with you and that you support, hit the ‘like’ button on the Facebook post we share about it or leave a comment at the bottom of each blog entry. Whichever project receives the most votes and comments will automatically advance to the final round of grant selection.

Ubuntu Blocks are currently created by recycling polystyrene, which is excessively abundant in Haiti. The recycled polystyrene is cleaned and compressed, thus creating blocks analogous to cinder blocks that can be used in housing construction.

The effectiveness of this technology has been proven through the efforts of Haiti Communitaire and the women of Cite Soleil. The actual production facility for these blocks, known as the Ubuntu Block Factory Project, is nearing its final phases. The remaining steps are:

The purpose of this proposal is to fund the long term operational trial and finalize the price per Ubuntu Block. Taking the time to properly develop the pricing and assess the capability of the production facility will make this business one that will employ people in the Haitian community for years to come.

WHAT IS HAITI COMMUNITAIRE?

Haiti Communitere is a project mecca in Haiti. Having been there since 2010 after the devastating earthquake, HC serves as a compound to promote the improvement of conditions in Haiti. The Ubuntu Blocks technology was brought to Haiti Communitere (HC) who agreed to help with the implementation of this technology. The Ubuntu project was taken on by Tim & Roxanne who instructed women from Cite Soleil on how to produce these blocks and build an Ubuntu Blox house from the ground up.

Through the completion of the Ubuntu factory, it is possible to then work on developing similar projects throughout the community. It will serve as a prime example of innovation and sustainability.

Operation Groundswell made its first trip to Haiti in the summer of 2012. The Grassroots Engineering program focused its efforts on the development of a production facility for Ubuntu Blocks.

The purpose of the OG Haiti Grassroots Engineering project was to: 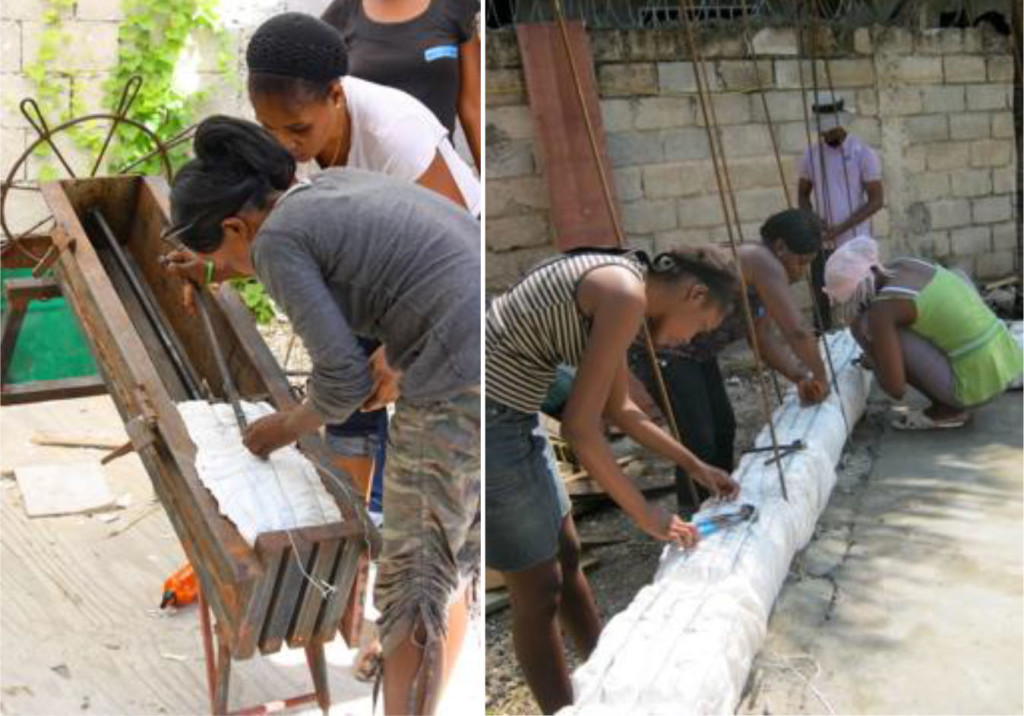 WANT TO SUPPORT THIS IDEA FOR POTENTIAL FUNDING? COMMENT BELOW AND TELL US!