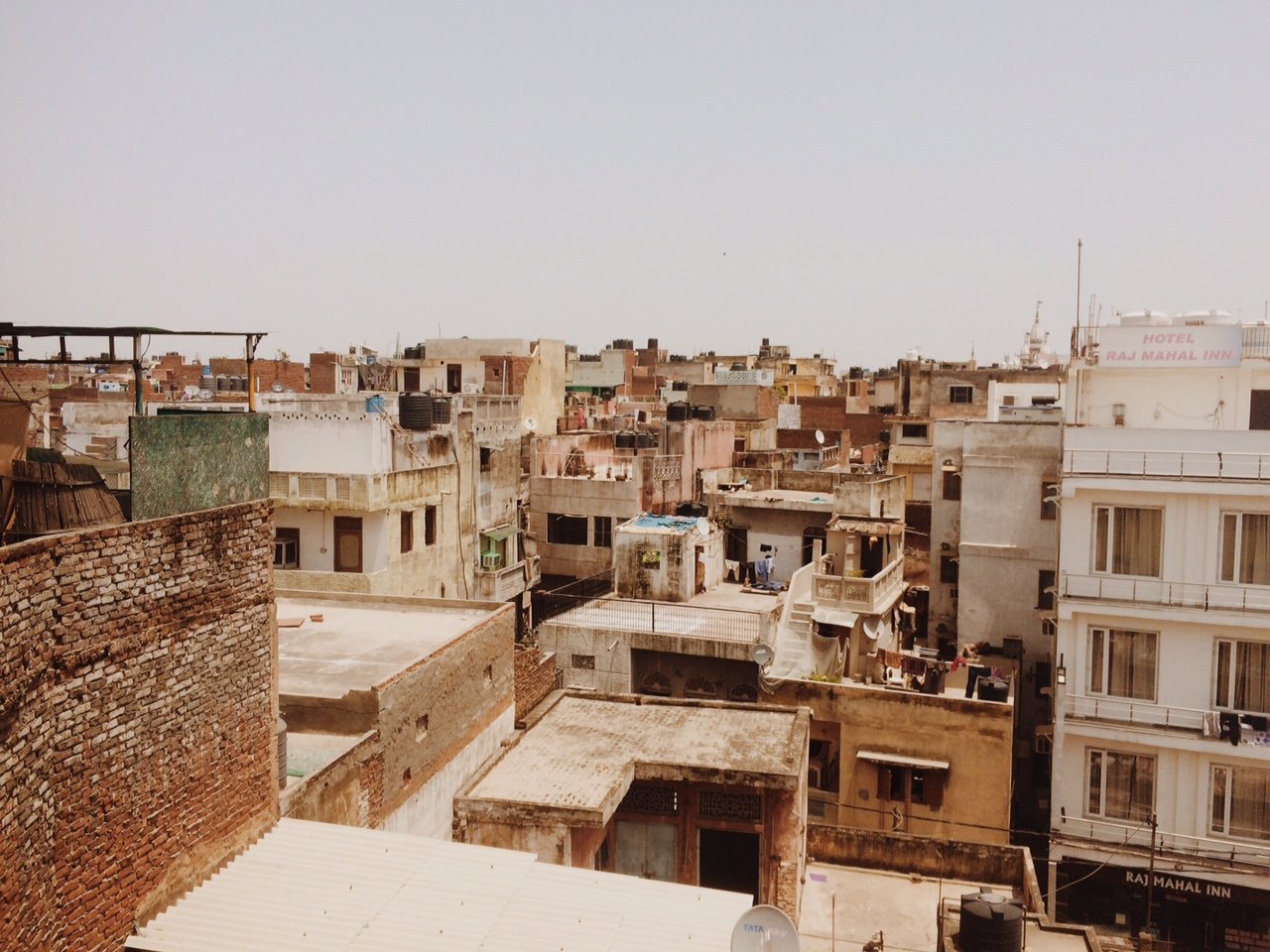 29 Jul Weaving into the Tapestry of India

Posted at 15:02h in South Asia by Eric Schreiber

You could be stepping off the plane and into an airport terminal of any major city in the world: the only two significant differentiators being the huge Mudra Buddhist hand symbol sculptures framing the ceiling, and the direction signs listed in Hindi. Crumpling notes hastily exchanged within the airport and shoving them as far into your rucksack as you can without punching a hole through the lining, you will step out of the sliding doors and into the swollen belly of India. 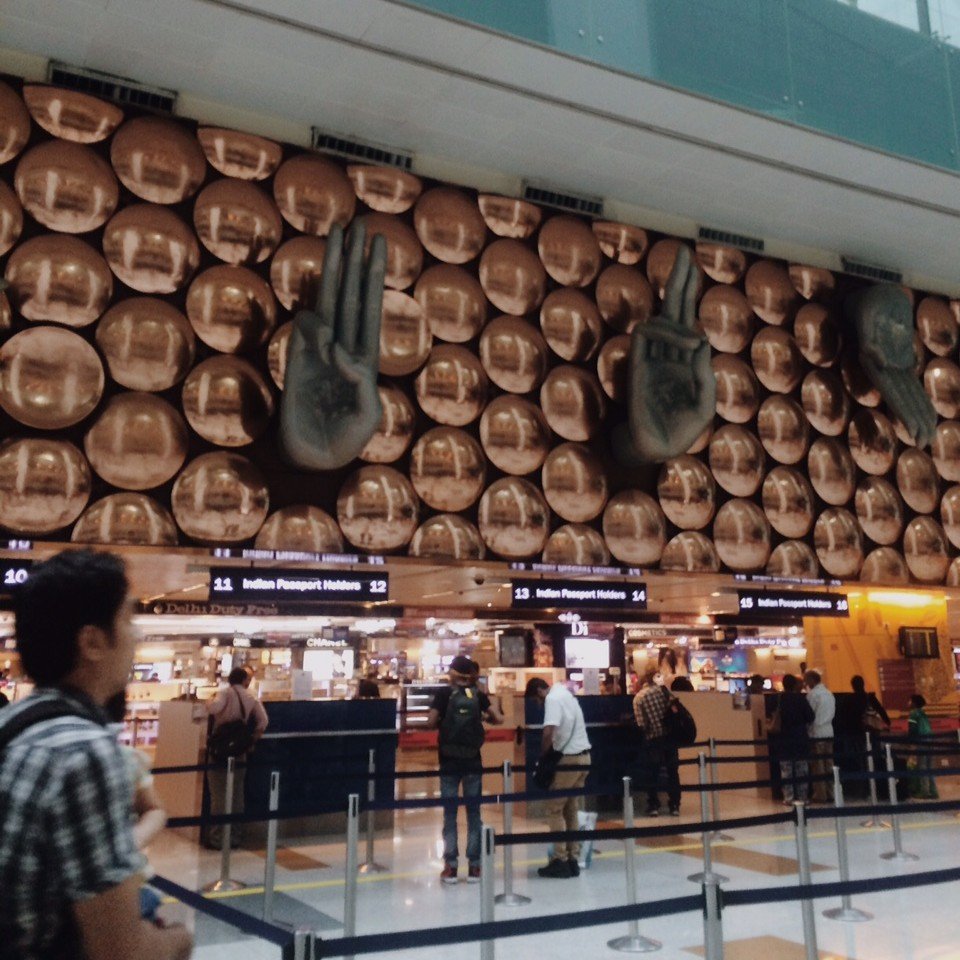 As soon as a foreigner steps out into the stifling summer heat, they will find themselves with a multitude of new friends; Indians offering to carry heavy bags, and to drive them whichever destination desired. Of course, this comes at a price – but the price, depending on your home country, will never amount to more than the price of a medium-sized takeaway coffee.

The journey from the airport to the heart of Delhi is a continuation of the airport – an air-conditioned, clean and modern metro line. Once you step off this last glimpse of familiarity and into the streets surrounding the station, all too suddenly you become overwhelmed with noise, sight and smell, in a simultaneous attack on the senses. Facing you, a perfect example which combines all three heightened senses together: the Delhi road system. 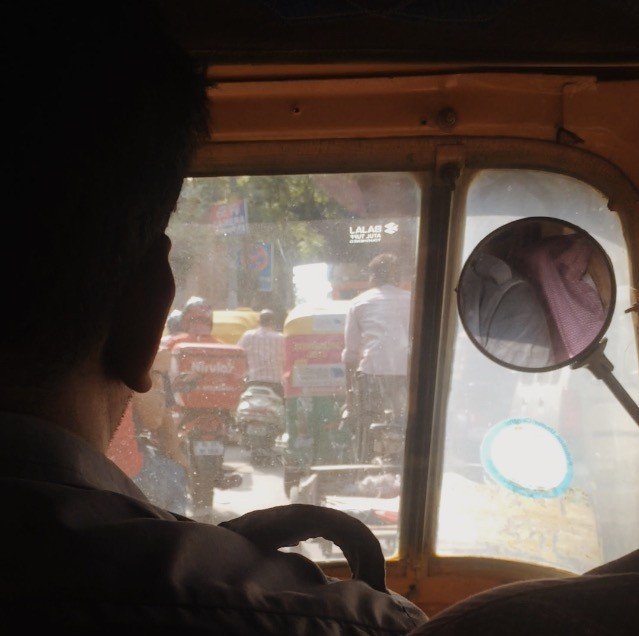 You must reach the other side of the street: a simple task, in any other city. But here? This requires a few deep breaths, a tremendous faith in both your own judgement and the numerous means of transportation which hurtle towards you from every conceivable angle. Just as you manage to gather the courage to sidestep into a newly-created gap between two rickshaws and attempt to advance further still, every bone in your dominant foot is narrowly avoided being broken as another rickshaw weaves its way into a space incomprehensibly narrow, horn blaring; a heartbeat lost for a moment as a result.

The first challenge complete, the next awaits: the thumping heartbeat within the body of India – the bazaars. Again, this is an obstacle course like no other; with the sound of rickshaw horns blaring at every other moment and each one in between (the Hindi/English translation being, ‘My vehicle is behind you and will not stop or slow down for you, so move out of my way quick’). So begins the assault of the bazaar merchants. It becomes apparent that somehow, you have managed to go your whole life without essential items such as the Tabla (a traditional Indian drum), or a jar of saffron spice (it’ll clear up your skin, apparently). Saying a firm ‘nahai’ once, twice, or several times will usually deter the most persistent merchant, and will become easy after a while.

What won’t become easy are the gentle tugs on your clothing and arms by the little children begging on the streets. Some are alone, some are holding infants. Some beg for money, some beg for milk for the child clinging to their tiny frames. It is advised that foreigners not give them money, as underground schemes use these children as money-making ploys. Despite this, ignoring their tiny shadows and plaintive cries will chip away at your heart, piece-by-piece.

As these shadows disappear into the throng of bodies, you too will become lost to the crowds. Your reactions will abruptly re-align to the obstacles in front of you: side-stepping people, human and animal waste, rickshaws, swerving bikes, trundling carts, sleeping cows, stray dogs and oxen carrying heavy loads. 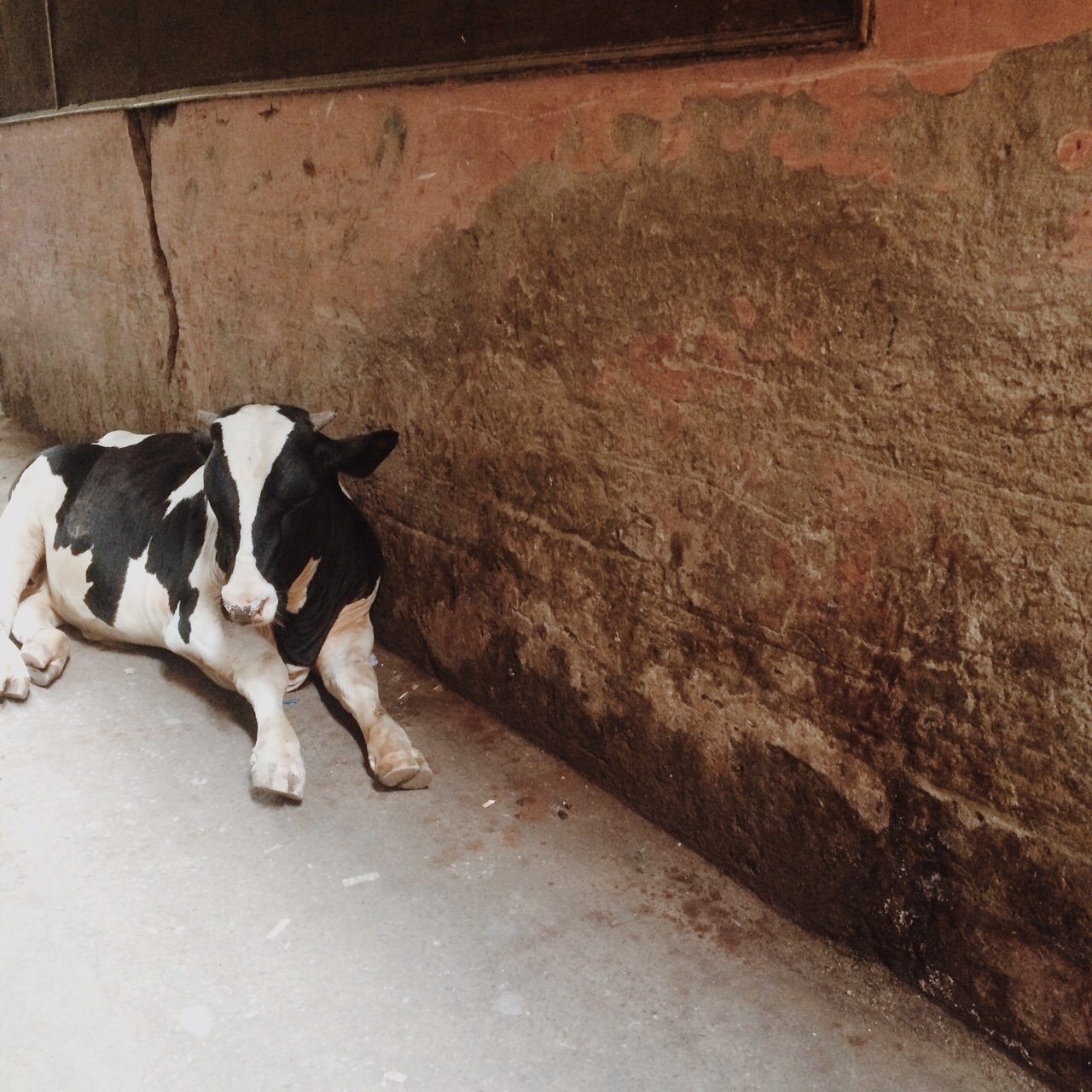 Entering the heart of Delhi for the first time is an experience like no other. It will challenge you to re-evaluate your existing values, to extend your boundaries beyond reaches thought possible, and will harden you immeasurably. However, what comes from this is an extended willingness to learn, accept and abandon all previous sense of judgement. It will take time, but once you learn to let go, you will find yourself woven into the tapestry of India; one of over a billion other individual strands, each beautiful, colourful and complex in their own unique way.