17 Jul The Wildcards of the Himalayan Roads

Posted at 11:33h in South Asia by Operation Groundswell

After three days and two nights absorbing, sweating out and trying to comprehend the potent, vibrant city known colloquially as ‘Dilli‘, the group strode down the Main Bazaar of Paharganj (the traditional home of backpackers), to board an overnight bus to Manali, Himachl Pradesh. A destination about 500 kilometres north of Delhi, our journey would take us up through Himalayan foothills, then deep into the largest mountain range in the world, ending just short of head of the spiritually renowned Kullu Valley, a.k.a. the Valley of the Gods. 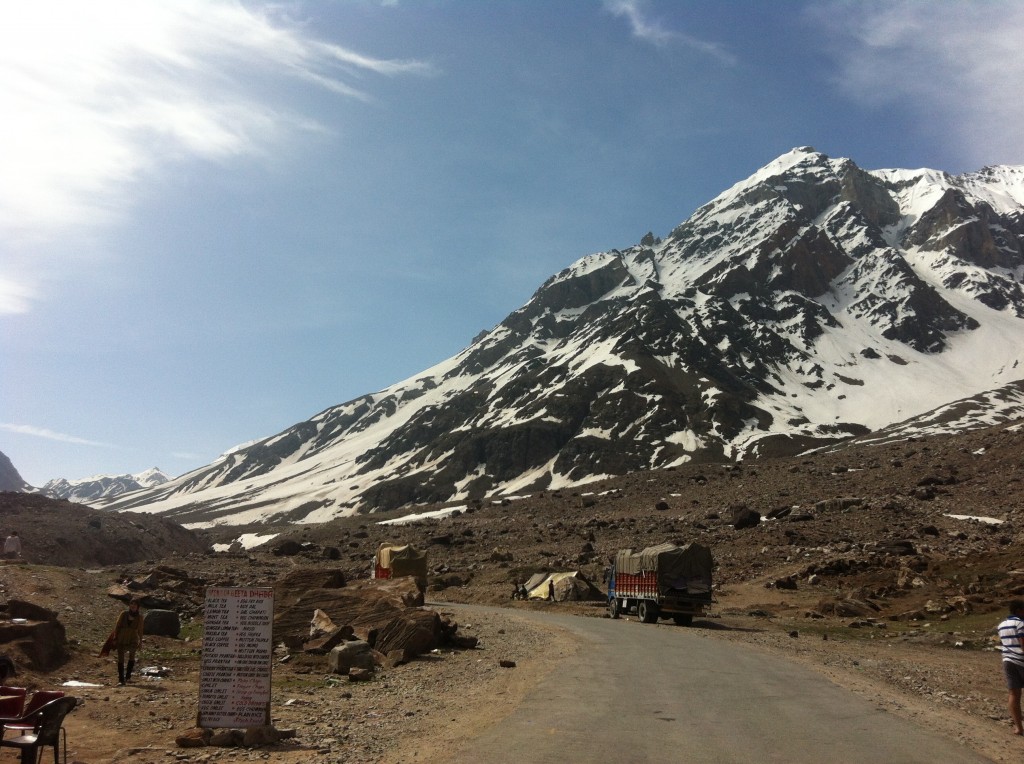 When we arrived at the bus station, it was a hot and humid 5 p.m. Drenched in sweat we boarded the bus. We were as thirsty for the cool mountain air just as much as we were for water. We were excited and anxious for the drive up to Manali, but half dreading it too. We’ve been well versed in the stories of the Himalayan roads and the wildcards they throw at those who pass through.

After twelve hours of a gripping night drive, we woke in the early dawn to the aftermath of a rainstorm. Surprise! Part of the road had been replaced by a river!

Our adventure is just about to get better…